Here’s your first look at the Taycan’s cabin before you’re supposed to.

Last week, we saw the Porsche Taycan in a set of high-resolution spy shots, almost completely stripped off of camo wrap. Aside from the familiar Porsche form, the Taycan test mule carries the styling of the Mission E concept, staying true to what the Stuttgart-based automaker has promised since the news about the all-electric Porsche came out.

That promise transcends to the interior design of the Taycan. In these two spy images taken from the Taycan Forum, you can see that the cabin of the first all-electric Porsche is almost the same as what the Mission E concept had in its debut three years ago. 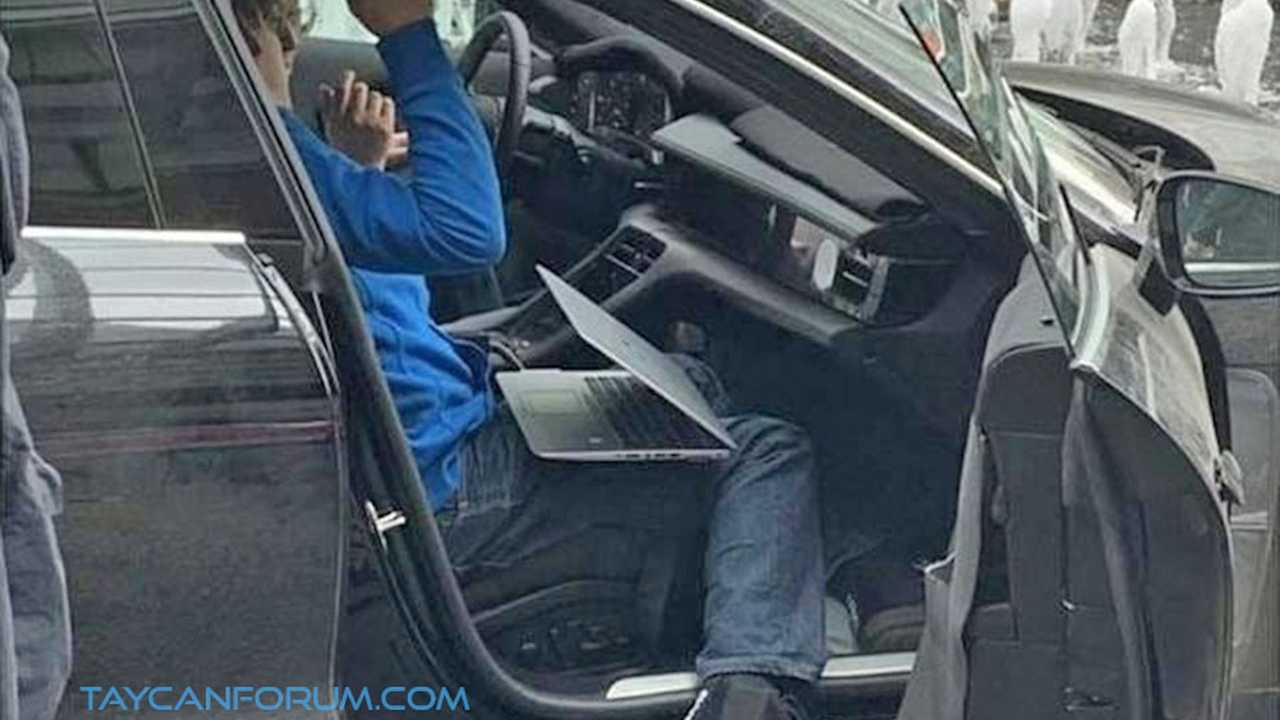 The entire dashboard layout as seen from another angle.

The resemblance starts at the dashboard layout, which is crowned by a horizontal digital display that flanks across the dashboard. Moreover, the touchscreen control panel by the center console has been carried over from the concept. The only difference would be the choice of colors, which seems rather dark in the production-bound Taycan, as opposed to the lighter theme of the Mission E concept.

It’s also notable that the passenger’s seat has multiple electric adjustments, which is quite expected from a luxury brand like Porsche.

What’s Cooking In Stuttgart For The Taycan?

Looking at the spy shot on top of this page, you’ll see that the Taycan will have a fully-digital instrument panel. However, as eagle-eyed members of the Taycan Forum has pointed out, it looks like the Taycan will also have a Sport Chrono package that should heighten up the performance of the all-electric Porsche, but that remains to be unconfirmed at this time.

The 2020 Taycan is scheduled to debut in September of this year, with a target of 20,000 units during its first year of production.