For the uninitiated, the Gladiator is a revived nameplate from the 1960s. It’s a pickup truck that’s based on the Jeep SJ Wagoneer platform. The nameplate ran from 1962 to 1971 wherein Jeep dropped the Gladiator nameplate and just called the pickup the Jeep Truck.

Fast-forward to 2018, Jeep brings back the Gladiator nameplate but this time, it’s based on the Wrangler, and more. The return of the name may have sprung nostalgia for the fans of the truck and we totally understand. Even Jeep made a concept based on the military version of the old pickup which was quite nifty, we must say.

With that in mind, what would the modern Gladiator look like it if it were to be redesigned as if it came out in the ’70s? Good thing, someone took his time to sketch one. 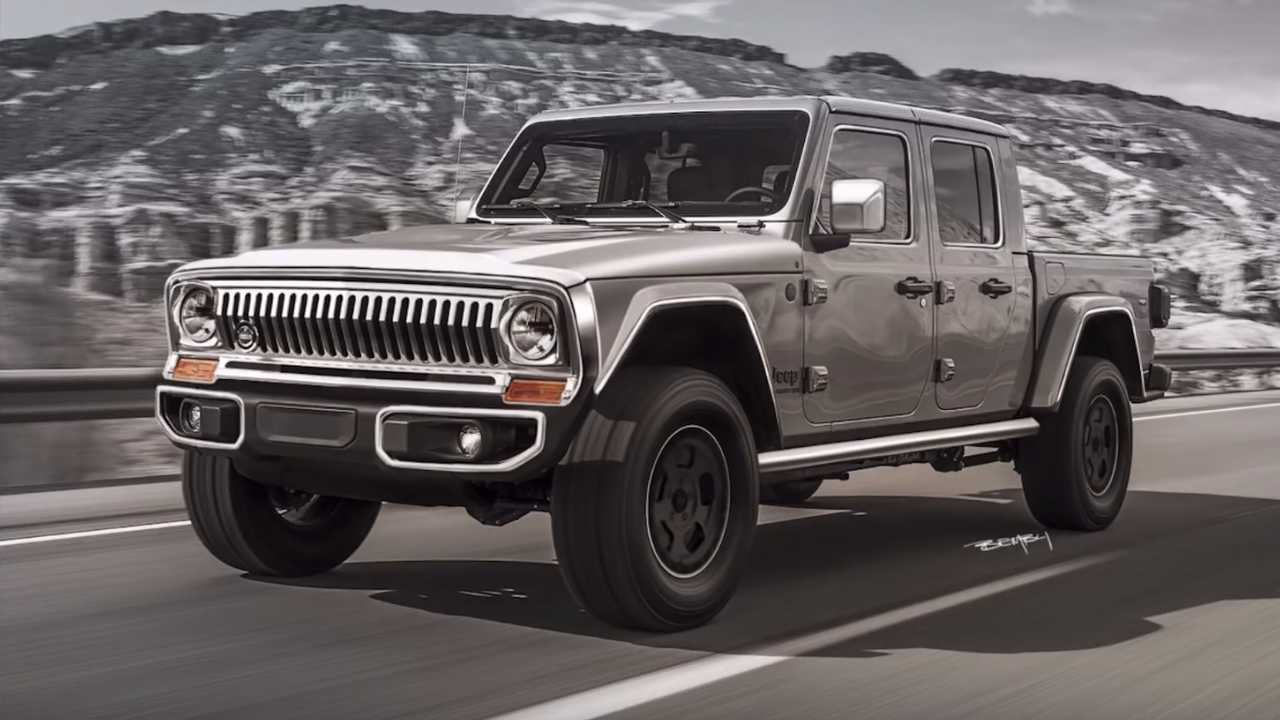 Marouane Bembli, also known as The Sketch Monkey on Youtube, has been making rounds in the interwebs for redesigning cars either to modernize an old car, like what he did with the Datsun 240Z, or to restyle ugly ones in trying to improve the dismal design.

This time, however, Bembli goes on to work in reverse. Instead of modernizing an old car, he reimagined the Gladiator as a car that came out of the ’70s. Fortunately, he made a pretty good job this time around.

It’s A Hit Or Miss When Redesigning Ugly Cars:

The steps were really simple. Bembli took a Wagoneer’s grille and pasted it over the Gladiator’s fascia. He also noted the extensive use of chrome during that time, so some chrome accents were added to the whole design.

Overall, the retro-designed Gladiator looks cool and could pretty much win the hearts of both old and new fans of the pickup truck.