The renderings come with questions that beg to be answered.

A 1,600-horsepower hypercar without a sheet of metal on top of your head might not be the most enticing thing to hear, but Hennessey is toying with the idea anyway.

In an Instagram post by Hennessey Performance, the Texas-based tuner wants to know if it should offer a roadster version of the jaw-dropping 1,600-hp Venom F5 that debuted at the 2017 SEMA. Even better, the social media post came with three renderings of the supposedly Venom F5 Roadster in light blue livery. 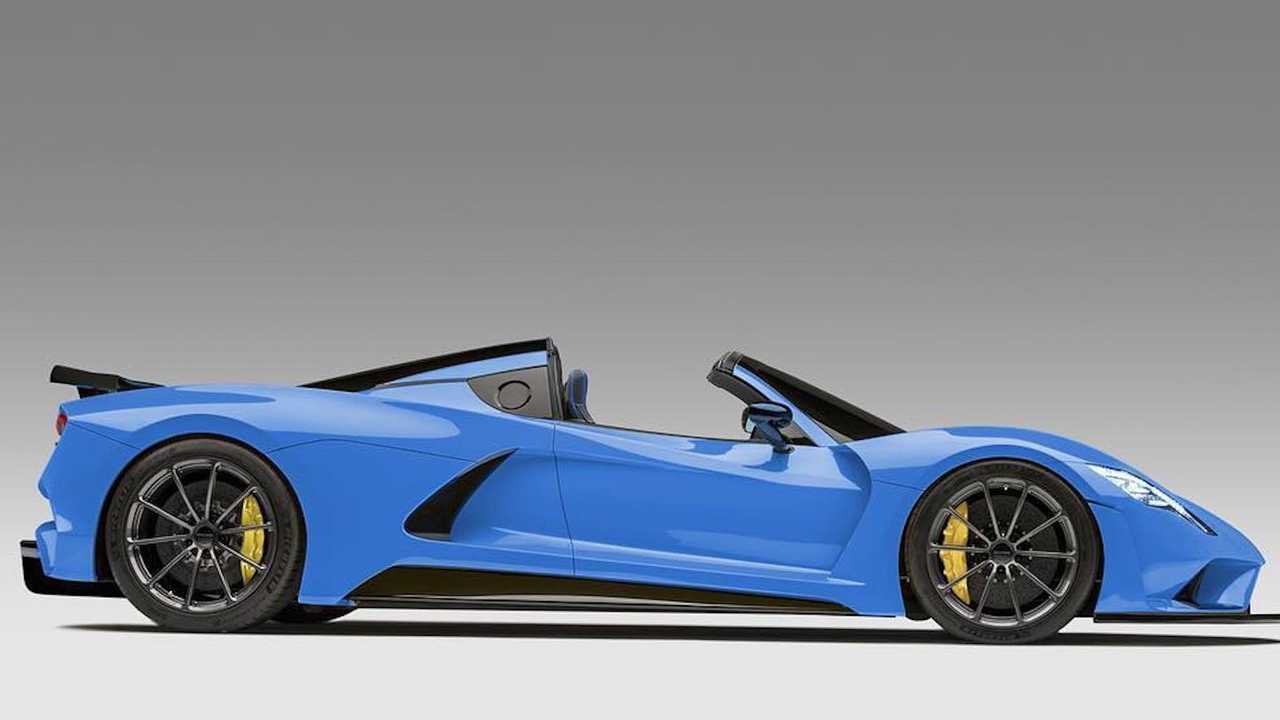 Basically, it’s just a Venom F5 without a roof but there are some questions that need to be answered. How’s it like to drive a 1,600-hp hypercar without a roof? Does it still feel safe? How about the structural rigidity? Also, how many units would Hennessey make given that the coupe version is limited to just 24 units?

While these are questions we can’t really answer right now (and probably better to be addressed by Hennessey itself), we can’t deny that the idea of a roofless hypercar sounds a lot of fun. To recall, Hennessey is vying to be the first hypercar to reach 300 miles per hour with the Venom F5. Now, imagine doing so without a roof on.

If the Venom F5 Roadster pushes through, Hennessey would be doing something that Bugatti refused to do with the Chiron. It will also jump-start a new league of topless hypercars. Sure, topless supercars like the Huracan sounds a lot of fun, but the Venom F5 is a different breed. With a 1,600-hp 7.4-Liter engine, the idea is somehow unsettling.

Also, if the Venom F5 Roadster really happens, do you think the Koenigsegg Jesko should follow suit? Let us know in the comments section below.