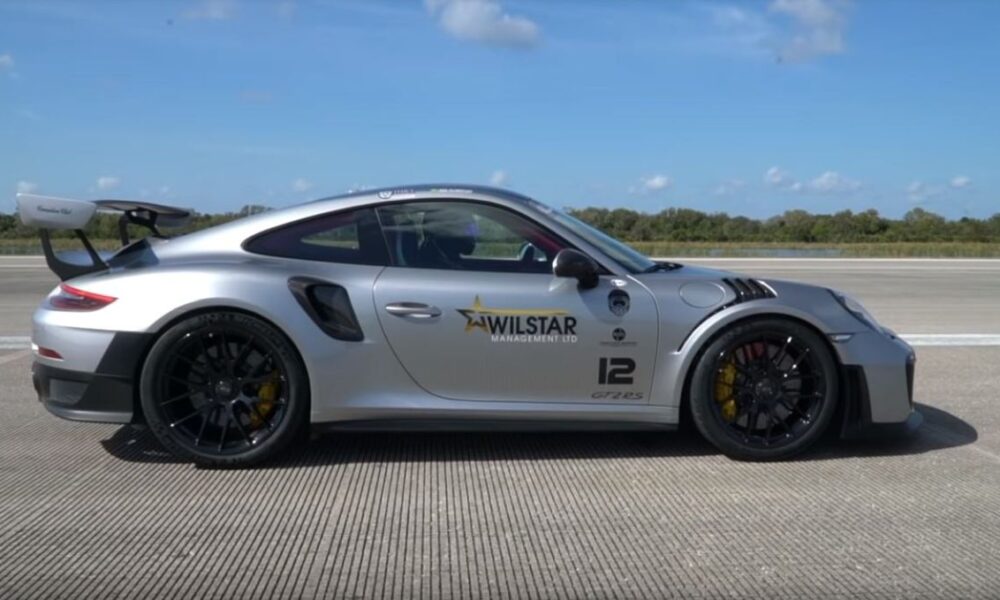 Johnny Bohmer Proving Grounds is getting used to the habit of breaking the official top speeds of cars. The latest example is the insanely awesome Porsche 911 GT2 RS.

We have an important piece of news on the Porsche 911 GT2 RS after that cargo ship with a bunch of examples sank off the coast of France. Don’t worry. This is exciting stuff and not going to break your heart.

Remember those chaps at Johnny Bohmer Proving Grounds? The same guys who are busy in finding out the actual top speeds of cars? Yep, the very same boffins who proved that the McLaren 720S and the Dodge Challenger SRT Demon are way faster than their respective official figures. They took a Porsche 911 GT2 RS out on the 2.3 mile-long stretch of runway at their disposal and the tame driver behind the wheel ended up clocking a top speed which will make GT2 RS owners dance with joy.

The official top speed of the car is 211 mph. But the run conducted by JBPG yielded a 219 mph top whack. We wonder if Porsche already knew that the GT2 RS was faster than the official number and may have publicized a lesser figure to shock us all later. Well, the trick worked impressively.

The 690 hp, 553 lb-ft German missile with its 3.8-liter twin-turbo flat 6 engine mated to a 7-speed automatic transmission is currently occupied with the responsibility of securing lap records at various race tracks around the globe.