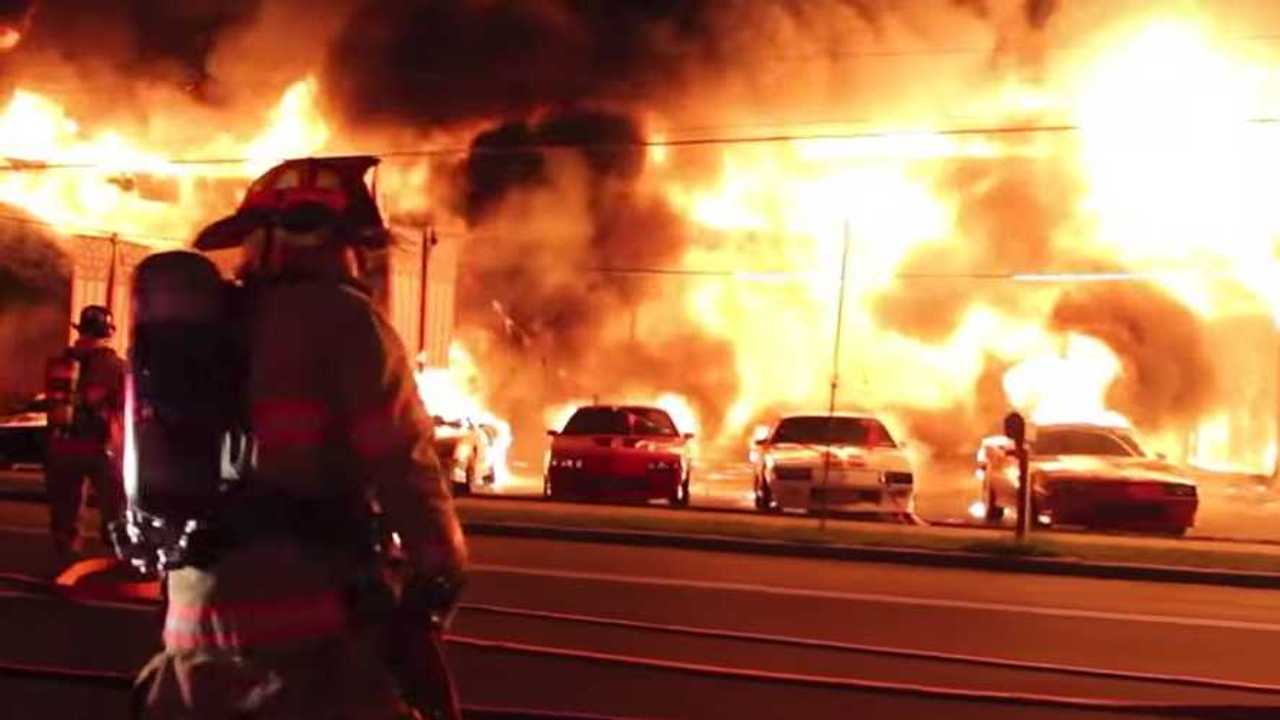 The classic cars were gathered on a film set designed to replicate a dealership in 1990.

A fire on a film set in Ellenville, New York, has destroyed over a dozen classic Chevrolets. The cars were part of an elaborate set, designed to replicate a Chevrolet dealership circa 1990 as part of a miniseries HBO is filming that’s set in that time period.

As a result, several formerly mint condition C4 Corvettes, third-gen Camaros, and other well-preserved Chevrolets were sadly lost in the three-alarm fire, which happened in the early hours of Thursday morning.

More Vehicle Fires In The News:

Automobile Magazine has done a great job of covering the story, due in part to the fact that the magazine’s New York Bureau Chief, Jamie Kitman, also manages 613 Automotive Group, the company that helped HBO acquire all of the cars for filming.

In addition to the Camaros and Corvettes, a pair of contemporary Chevrolet pickups were lost. One was a high performance 454SS model; the other was an exceptionally well-preserved C1500. A bright yellow Beretta pace car replica was also lost to the fire, along with an untold amount of carefully-curated Chevrolet dealership materials that were to be used during filming.

Thankfully, the owners of the cars and memorabilia were insured against the loss. However, for many, money will not be able to replace the cars, many of which are exceedingly rare in good condition some three decades after they were originally produced. That’s to say nothing of the rare dealership memorabilia, much of which was thrown out years ago when it was no longer useful to the business of selling cars.

There’s not much of a silver lining to this story, unfortunately. Many of the cars did escape serious damage, including, curiously enough, a Chevrolet Lumina APV minivan. It’s a small consolation, though, for the less fortunate owners whose prized assets quite literally went up in smoke.