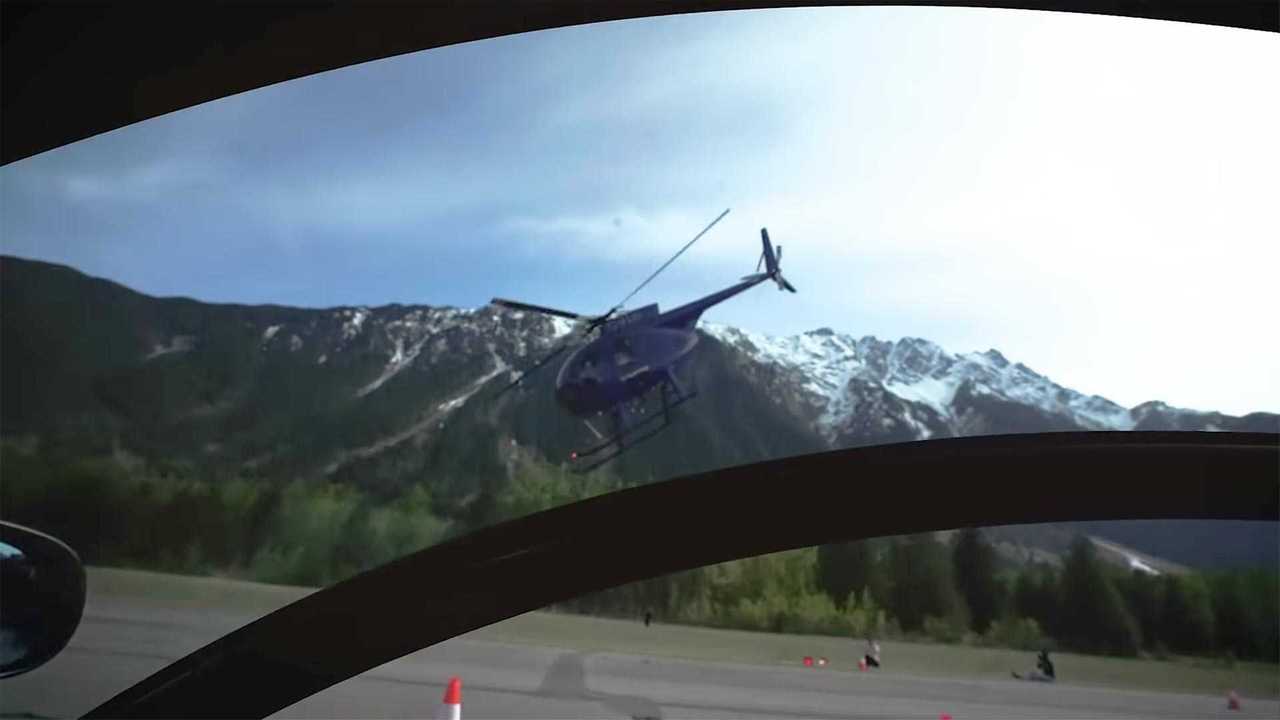 Finally, a worthy foe for the million-dollar hypercar.

We already know that the McLaren Senna is one of the fastest hypercars around right now. In fact, if you’re fortunate enough to own one, you might already be bored drag racing other supercars. You might be thinking it’s time to take it to the next level.

If you’re that kind of Senna owner, then we have bad news – DailyDrivenExotics may have beaten you to the punch. In their latest YouTube video, they drag race a helicopter.

Apparently, this particular stunt was part of the annual Hublot Diamond Rally, an exclusive supercar charity event that takes place in Canada. Part of this year’s festivities included the aforementioned helicopter drag race, but other diversions included dinner, dancing, DJs, and, of course, plenty of driving.

The helicopter lined up to the starting line with the McLaren, and matched its performance out of the hole. The two vehicles – which couldn’t be more different if they tried – stayed pretty even for the first 330 feet or so.

After that, the Senna began pulling away. We’d like to tell you how much faster the Senna was, but from what we can tell, no times were recorded. We’re not sure if the highly scientific measurement of “car lengths” applies in this case, for understandable reasons.

While the quarter mile drag race was over at this point, the fun wasn’t. After the Senna slows down, the helicopter goes flying past, gains some altitude, and engages in a bit of aerial acrobatics before turning around to face the next competitor. What a showoff.

This video is an enjoyable window into just the sort of fun hypercar owners get into when money is no object and they travel in groups. As jaded as we sometimes are, we can’t help but enjoy watching videos like this.