The 1980s spawned many memorable cars, but this one has been lost to the passage of time – until now.

This bizarre 1986 Pontiac 6000 STE limousine is emblematic of the decade of excess that spawned it. Furthermore, it has a tenuous link to John F. Kennedy. Let’s take a ride down memory lane.

This limo is no backyard mechanic special. It was built to exacting specifications by Hess & Eisenhardt, coachbuilders who specialized in limousine conversions.

In fact, Hess & Eisenhardt were so well regarded in that industry that they built limousines for the White House – including the one President John F. Kennedy was riding in when he was assassinated on that fateful day in November, 1963. Hess & Eisenhardt would later be called upon to repair that limousine and return it to service.

The 1980s were a wild time. Somewhere between Miami Vice and the Thompson Twins, the automotive industry was experiencing a cultural shift of its own. Front-wheel drive was gaining in popularity, and the layout proved economical for both the manufacturers and the vehicle owners themselves. 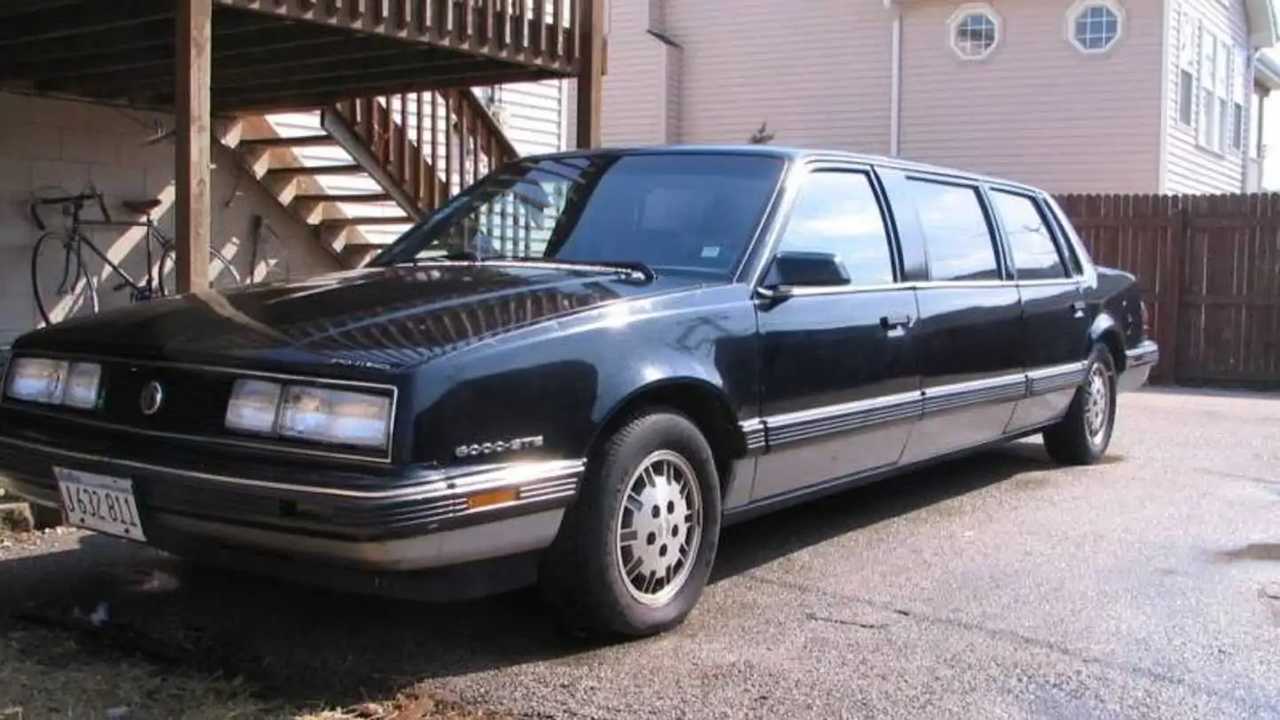 During this time, General Motors in particular made great use of the front engine, front-wheel drive configuration to produce cushy luxury cars from Cadillac (one of the forerunners of front -wheel drive technology in the late 1960s), Buick, Oldsmobile, and Pontiac.

Coachbuilders like Hess & Eisenhardt appreciated the packaging as well, as it streamlined limousine conversions (no need for an extra-long driveshaft) and allowed for additional passenger room.

This 1986 Pontiac 6000 STE limousine is packed with amenities, including a wet bar, a TV & VCR, a separate AM/FM/CD stereo in the rear, and a pair of car phones. Basically, it’s got everything you’d expect to find in a limousine of this vintage, and all that’s missing is a freshly-permed prom date with a puffy dress.

Back in 2013, the appropriately-named MiamiMillionaire uploaded a video of one of these Pontiac 6000 STE limousines to YouTube. It’s a great way to relive your prom-night fantasies.