This Bronco wears some chunky BF Goodrich tires, too.

The Ford Bronco isn’t ready for a full unveiling yet, but new spy shots provide a view from a fresh angle by getting underneath the much-anticipated SUV. It looks ready for off-roading. 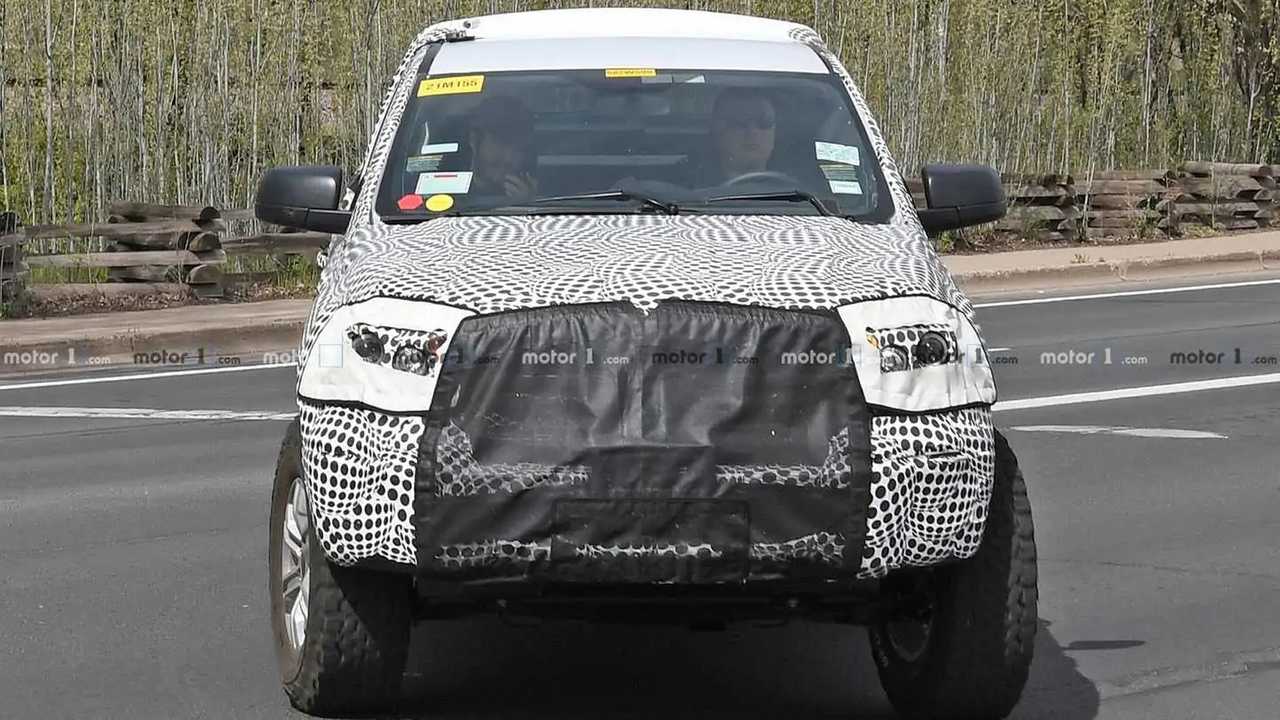 This Bronco wears the same license plate as the one in our last set of spy shots, and it doesn’t look any different. The body still appears to be a highly modified Ranger with a sawed-off bed. Don’t expect the production-spec Bronco to look much like this. 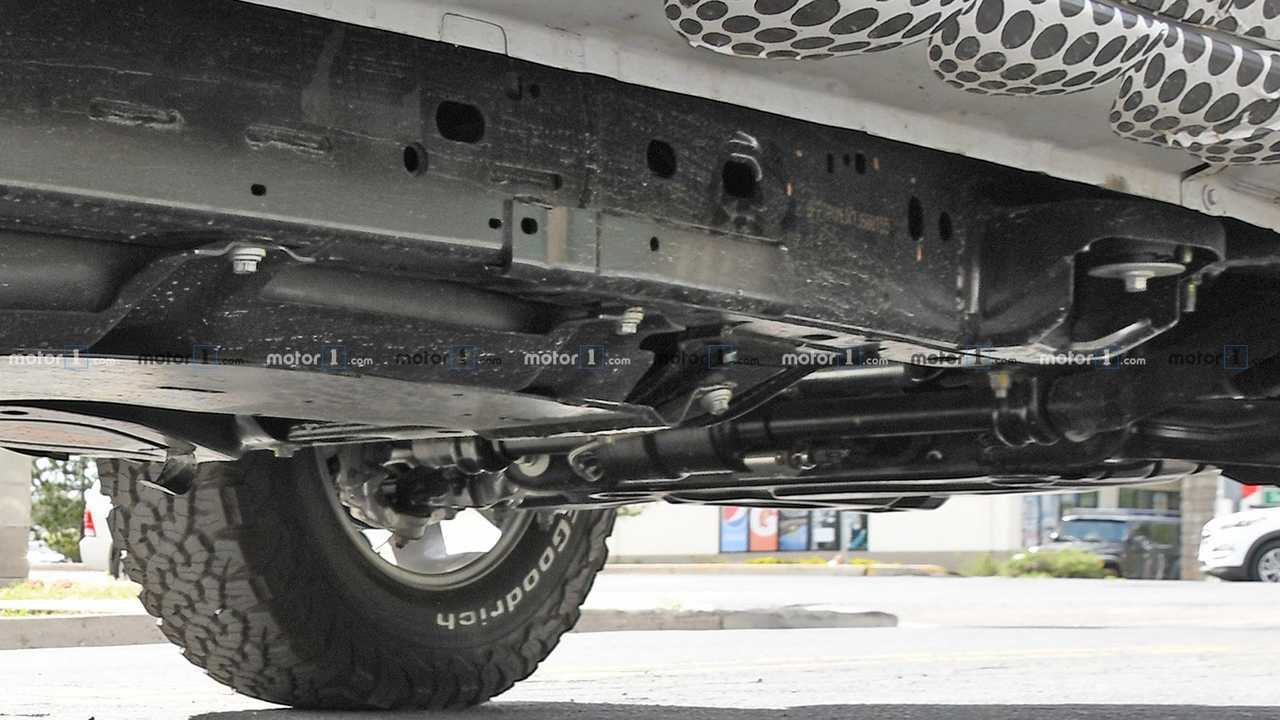 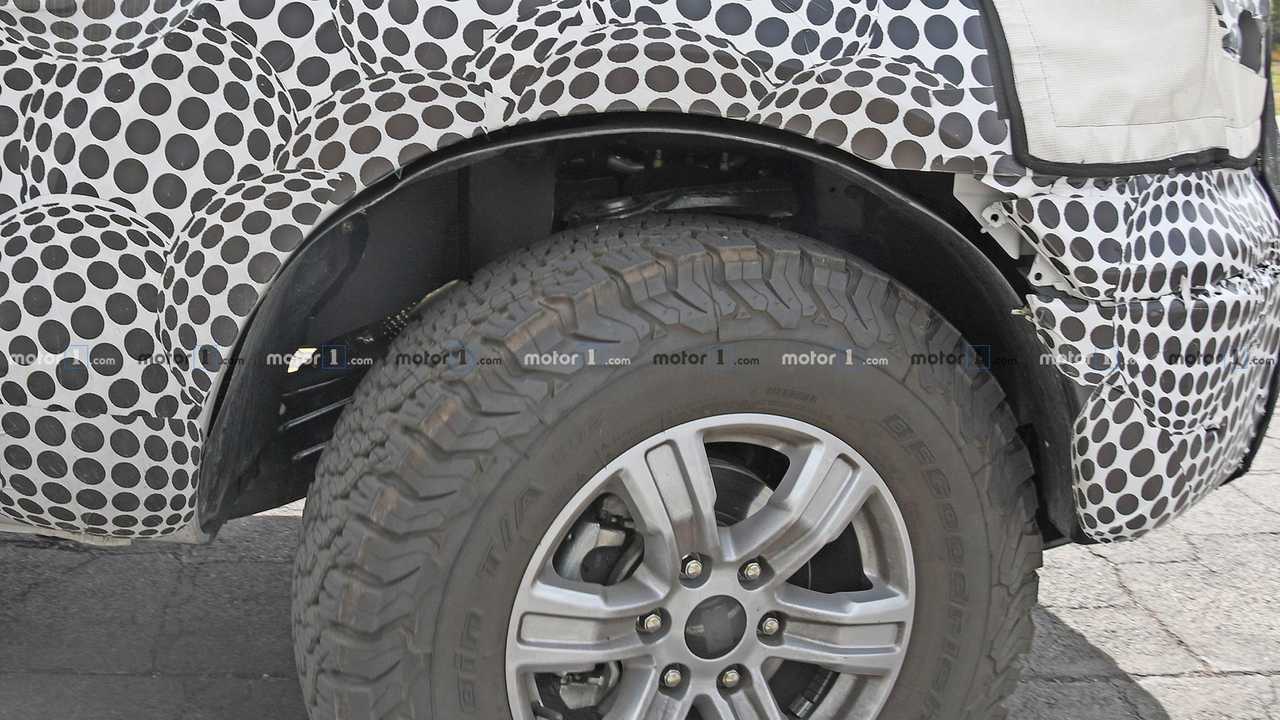 The real magic is what’s underneath this test mule. The Blue Oval’s engineers conceal the rear axle, but the spy photographer is able to snap some shots of the front. There appears to be quite a big swaybar. The Motor1.com team isn’t entirely sure, but we think some of the equipment near the wheel might be an electronic swaybar disconnect. The tech allows for greater suspension articulation when necessary off-road, like while during rock climbing.

There also appear to be quite a few skid plates underneath the Bronco. However, it’s not clear whether they are actually for protecting mechanical parts from rocks or if this is the Blue Oval’s effort to hide what’s underneath from photographers. In this case, the panels might be doing both.

The photos show the Bronco wearing a set of 17-inch BF Goodrich tires. They have a thick sidewall and chunky tread pattern that should offer good performance off the pavement.

Multiple rumors indicate that the new Bronco would debut around the middle of 2020 and be on sale soon after that for the 2021 model year. Power reportedly comes from one of Ford’s EcoBoost turbocharged engines, likely a version of the 2.3-liter four-cylinder that currently makes 270 horsepower and 310 pound-feet of torque in the Ranger. A 10-speed automatic and possibly a seven-speed manual would be the gearbox options.