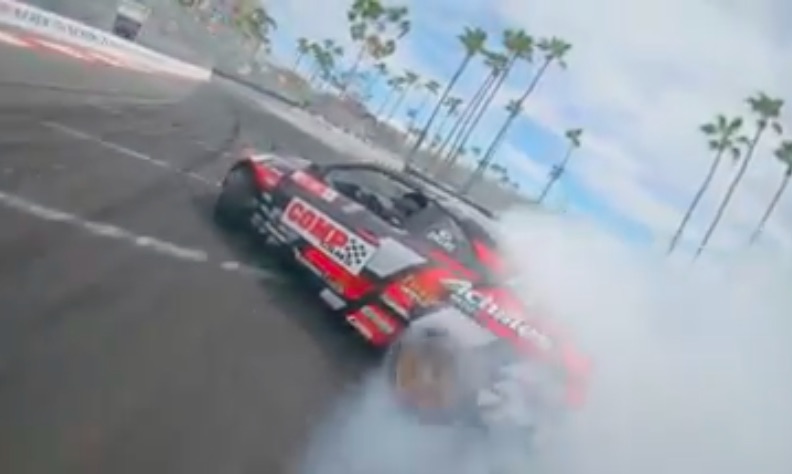 The world of drifting continues to evolve here in America. It is a motorsports that began on the fringes, captured a generation of sideways loving, tire smoke admiring kids, and continues to refine itself and its product at events across the country. There  is a huge local scene and there are professional drifters like Taylor Hull pushing the envelope of ability and horsepower to keep moving the game forward. In this video COMP caught up with Hull, who not only wears their colors but runs their parts in his LS powered Cadillac.

What’s cool about this video is that it touches on an element that is way under appreciated about drifting. You need a damned good engine and engine builder. You need not only the parts that COMP offers but the precision of someone who knows how to build a racing engine because these things sing in a weird high RPM, low load environment for the vast majority of the competition, no matter where it is.

Hull tells stories of missing events because of his original engine builder’s approach and then ultimately suffering a failure which caused him to seek a new guy. That guy was Jon Kaase and being that he’s one of the most awesome engine guys on planet Earth, he seems like a good choice.

This is a good video with neat information and great camera work.

Press play below to see this awesome Cadillac roast tires with COMP Power!