Spoiler alert: both were able to record a sub-10-second run.

The Plymouth Barracuda, affectionately called Cuda, is probably one of the most coveted muscle cars of the ’70s, with a reputation that exceeds the life of the Plymouth brand itself. It’s a retro icon and one that registers as an urban legend for car nuts due to rarity. So much so, that a rare Hemi Cuda got a hammer price of $2.25 million nearly four years ago.

Aside from its rarity, part of the Cuda’s valued traits is the story that tags along with the name. From a Chrysler Valiant-based econocar to a gas-guzzling muscle car that carries a huge engine block, the Cuda has grown, literally and figuratively. 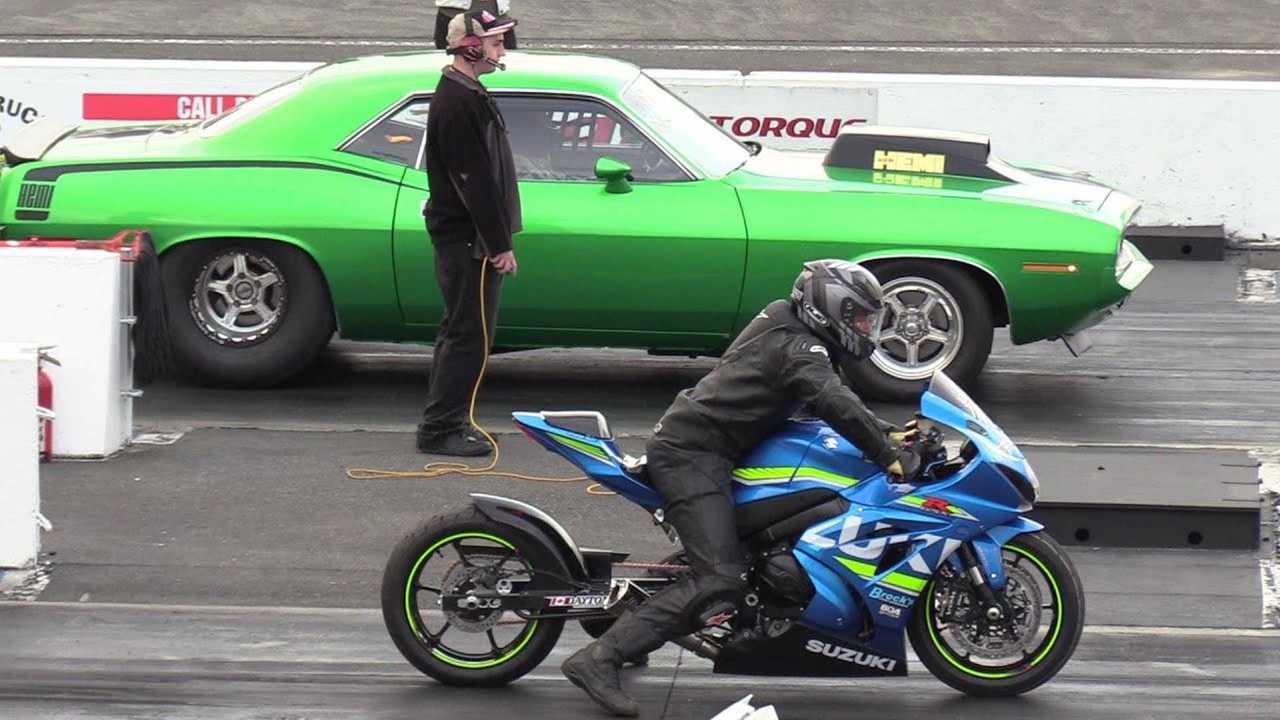 As a stock vehicle, a 1970 Hemi Cuda should be able to stand tall against modern race cars – all because of its 7.0-liter Hemi V8 engine with 425 horsepower and 490 pound-feet of torque.

But today’s different. What we see here is a green 1970 Cuda with the same 7.0L Hemi V8 engine but with 925 hp – 500 more than its already-powerful stock state. It’s definitely modified and although the video doesn’t state whether this Cuda was supercharged or not, a quick internet search will lead you to the same green Cuda being sold online. If we are to believe what’s written on the ad, the extra horses on this Cuda come from an alleged NOS system.

The Cuda Is Among The Coolest Cars To Have Come Out In The ’70s:

On this video, however, the green Cuda is up against a modified Suzuki GSX-R1000. We’re not sure if there’s any modification done on the superbike aside from its extended swingarm, but right off the showroom, the GSX-R1000 should make 157 hp and 77 Nm of torque, pulling its wet weight of around 500 lbs.

Which do you think is faster between the 1970 Hemi Cuda and the GSX-R1000? Watch the video on top of this page. Just a bit of a spoiler, both were able to finish the quarter-mile run in less than 10 seconds. Wow.