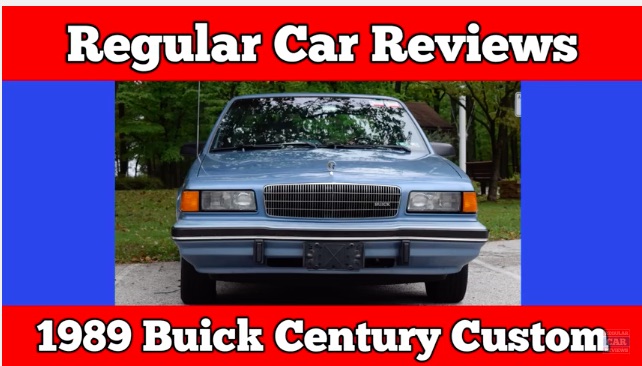 The 1989 Buick Century is one of those cars that you rarely see on the road anymore but back during its heyday, they were everywhere. They were the favored cars of old people, grandmothers, and disappointed teenagers everywhere. You likely knew someone who had one, rode in one occasionally, or if life was really stacked against you, actually had to drive one every day.

Anemically powered, front wheel drive, and filled with simulated wood and velour, this was what elderly luxury was all about. One of the things we find kind of interesting is the fact that the car does not have an overdrive transmission. It was a three speed automatic!

It has been a while since we have seen one of these babies rolling around, especially in this light blue color which they all seemed to be painted. Chevrolet, Olds, and Pontiac all had their own version of this car and while none of them varied much from the other, the Century was definitely the elderly choice of ’em all. The “Presidential” edition with its faux convertible top and badges on it was the top of the luxury charts.

A car that was largely forgettable back then doesn’t seem to have changed much in more than 25 years.

Watch this Regular Car Reviews video on the 1989 Buick Century –