(Words and photos provided by Scott Brown) Little River Dragway opened in the late 1950s. It is the oldest continually operating IHRA sanctioned drag strip in Texas and possibly in the entire USA. Just 8 miles south of Temple Texas, near Little River Academy in Holland Texas, this beautiful part of the Texas Hill Country is the perfect backdrop for the sounds of powerful engines, wheel stands, and burning rubber. The track echoes the action of the many custom and historically rebuilt race cars who raced there – from present day and the past 60 years.

For roughly 8 years, the Kontinentals car club from Austin, Texas (who also put on the Lonestar Round Up every April) ran an event at Little River drag called “Day of the Drags”. It was a 1964 and older racing event that grew to a hundred plus racers and a sizable crowd of spectators.  As the Round Up car show grew, the Kontinentals focused on expanding that event into Louisiana (Bayou Round Up) and they stopped organizing the races.

A couple years past and a few of us local to the Austin area decided we wanted to bring this style of racing back to the River. We teamed up with the track to promote a nostalgia race event called “The Showdown at the River”. A few things that will set this event apart from past nostalgia events:

·         Bangshift.com will be on hand with a Live feed starting Saturday May 4th until every car has run

·         There will be cash payouts in each class, thanks to the many sponsors and their generous donations

·         There will be 5 total classes racing, including a vintage engine class for cars running any pre-1955 engine

·         Gates open early Saturday morning, after 3 hours of test and tune and a drivers meeting we’ll race well into the night!

Additionally, we have confirmed two very special cars that have raced in Texas during the late 50s and 60s. These two cars have been restored back to pristine original condition. Our plan is to have these two cars to line up and make an exhibition pass to kick off the event. It’s very possible, these two cars met on the track many years ago. 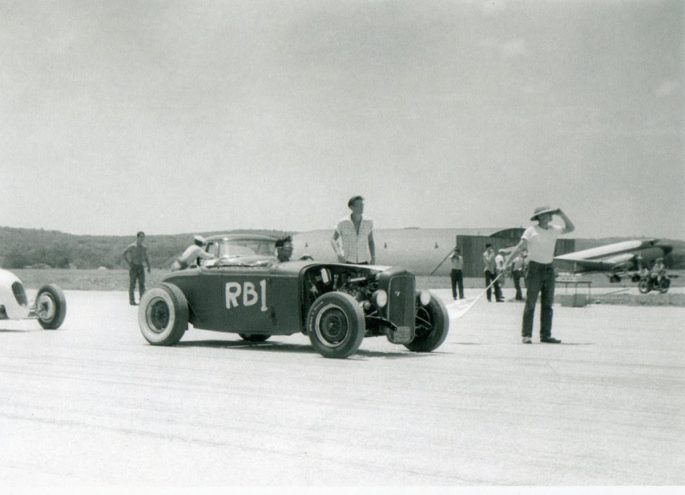 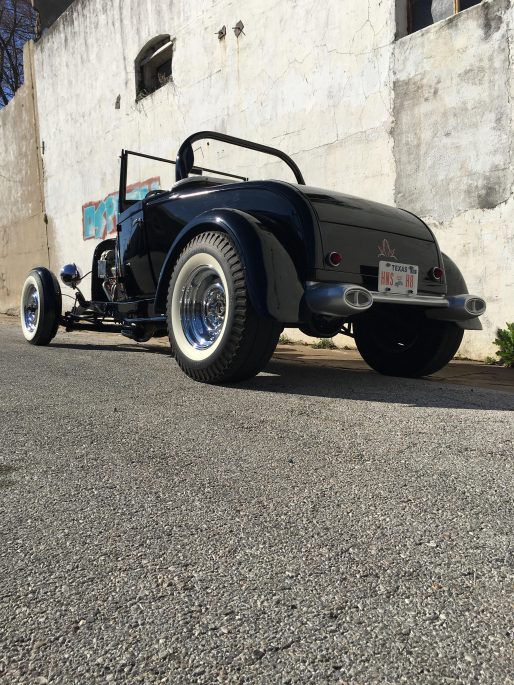 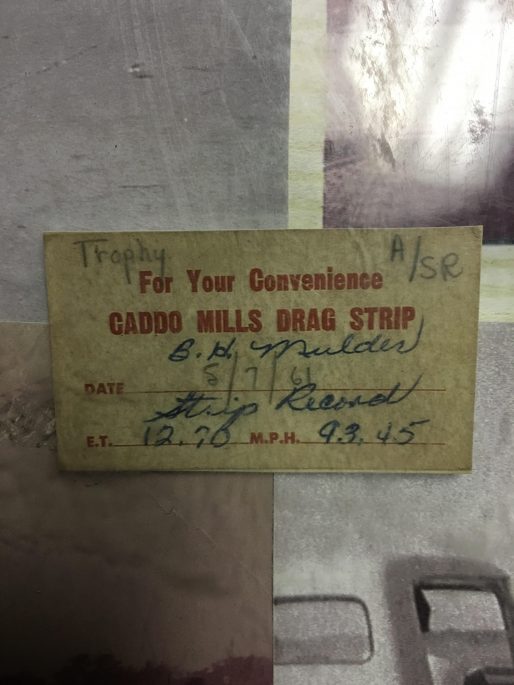 The first car is a 1929 Ford roadster; “Chip” was originally built in 1957.  In 1958, it was acquired by Billy Hugh Mulder, and has remained in the same family since.  Bill Hugh raced the Roadster at various tracks including:  Green Valley, Cedar Hill, Caddo Mills and Denton.  The Roadster was raced in both B/SR (street roadster) class and the A/SR (street roadster) class, where it won many events and trophies in the North Texas Timing Association Events including the State Champion Trophy on September 11, 1960.  Billy Hugh passed down the roadster to his son and current owner, Billy Earl Mulder.  The Roadster was then retired from formal racing to street driving, mainly to high school in the late 1970’s.  In 2009, the Roadster underwent major restoration to return it to its original race condition.  The all-original steel body with 1932 frame and front end and the 327 Chevy “3 Dueces” engine required only minor upgrades.  Restoration was completed in 2010 by Mulder’s Rods in Brenham, Texas. 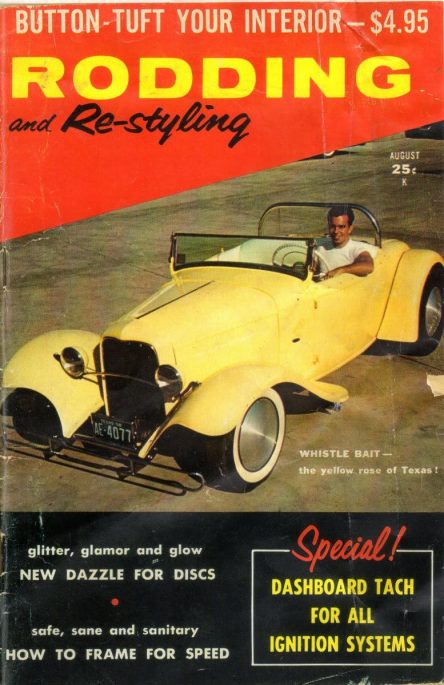 The second car is also a roadster, the Tweety Bird – Jim Gorvo`s channeled ’32 Ford. Much like the Mulder roadster it was built in the golden era of drag racing and raced not only in the Texas area, but across the country and even driven and run at Bonneville. Like many cars of the period, friends helped out by providing needed parts to get the car running. Eventually the roadster would get a Cadillac motor and yellow paint and take on the name “Tweety Bird”, which was painted on the cowl. The roadster was well known locally running with the Terrapins CC as well as the Dukes CC and was featured in both Rodding and Restyling and Hot Rod magazines. Like many stories of cars and youth go, Jim gets married and in the early 60s and when his first child is born, the car gets sold to pay the hospital bill.

Fast forward 40 some odd years to a present day local swap meet where Jim runs into the owner of his old car. A reunion seems eminent but the owner seems to have no interest in selling it back to Jim. After that encounter, Jim’s step son Jimmy keeps in close contact with the owner. Several years later, the owner agrees to sell, and Jim gets his car back. With the help of Jimmy, the local car community and the crew at Rex Rods in Johnson City, Tx, the Tweety roadster has been restored to its former glory and is being shown at events across the country.

We are honored to have these two historic cars participate at our event and kick off what we hope to be the start of many more years of nostalgia races in the future –  see yall there!! 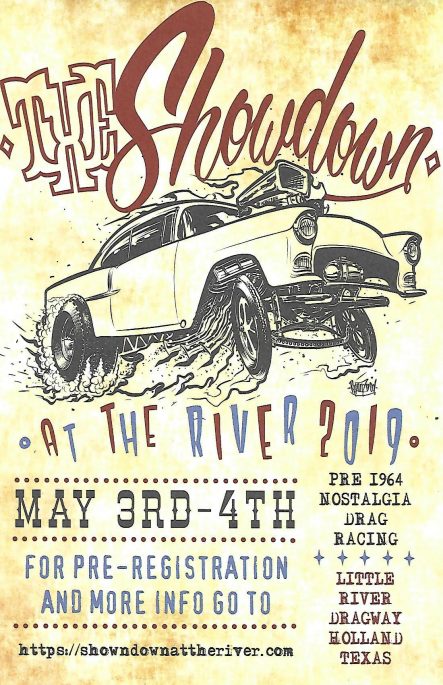