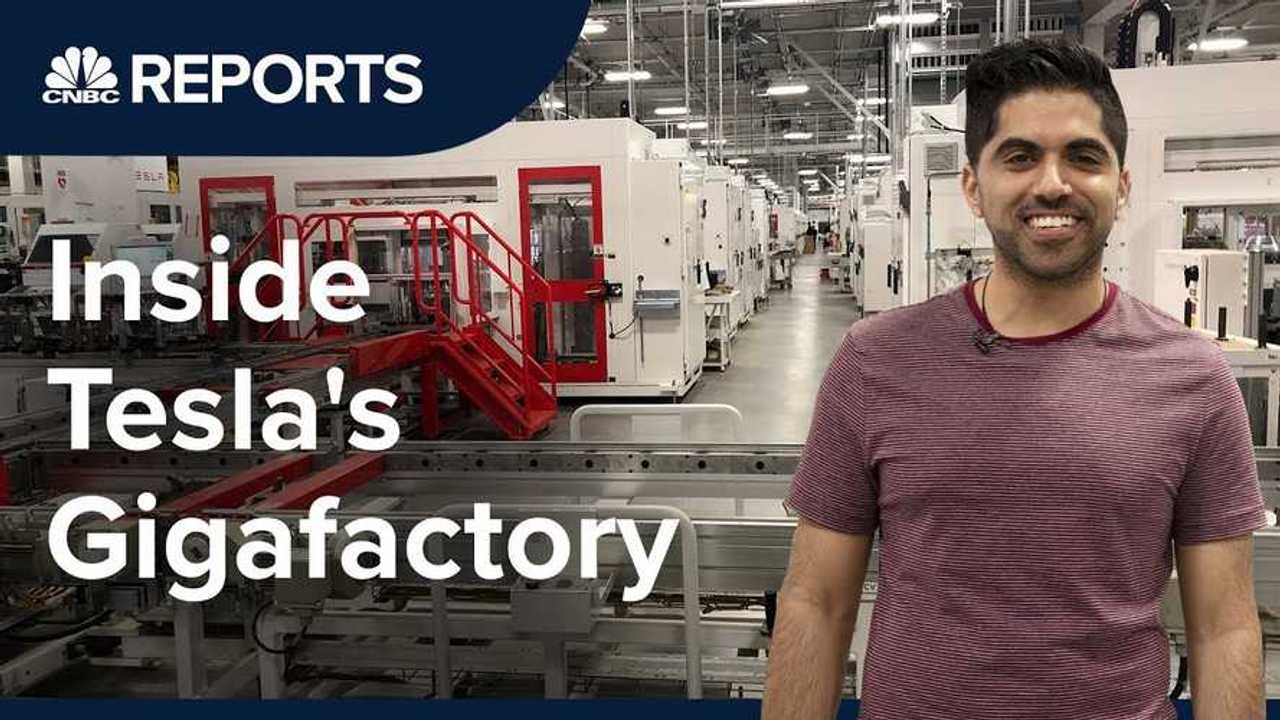 Tesla Gigafactory, the majestic battery factory in the middle of the wilderness.

CNBC recently had an opportunity to visit the Tesla Gigafactory in Nevada and to see the production of batteries and powertrains first hand. Of course, Tesla is not showing the most important processes, but rather the assembled components moving around on conveyor belts.

The plant, which is expected to be one of the biggest in the world, is currently completed to about 30% in terms of building size. Tesla increased the number of employees to roughly 7,000 and probably is going to add many more when production increases.

It’s not yet known whether this Gigafactory will be a production site for the upcoming Tesla Model Y, as most recent news says that Fremont, California remains in the game.

Tesla’s Gigafactory in Nevada is expected to be the largest building in the world by footprint once completed. CNBC’s Uptin Saiidi gets a rare look inside what Tesla founder Elon Musk calls, ‘the machine that builds the machine.’