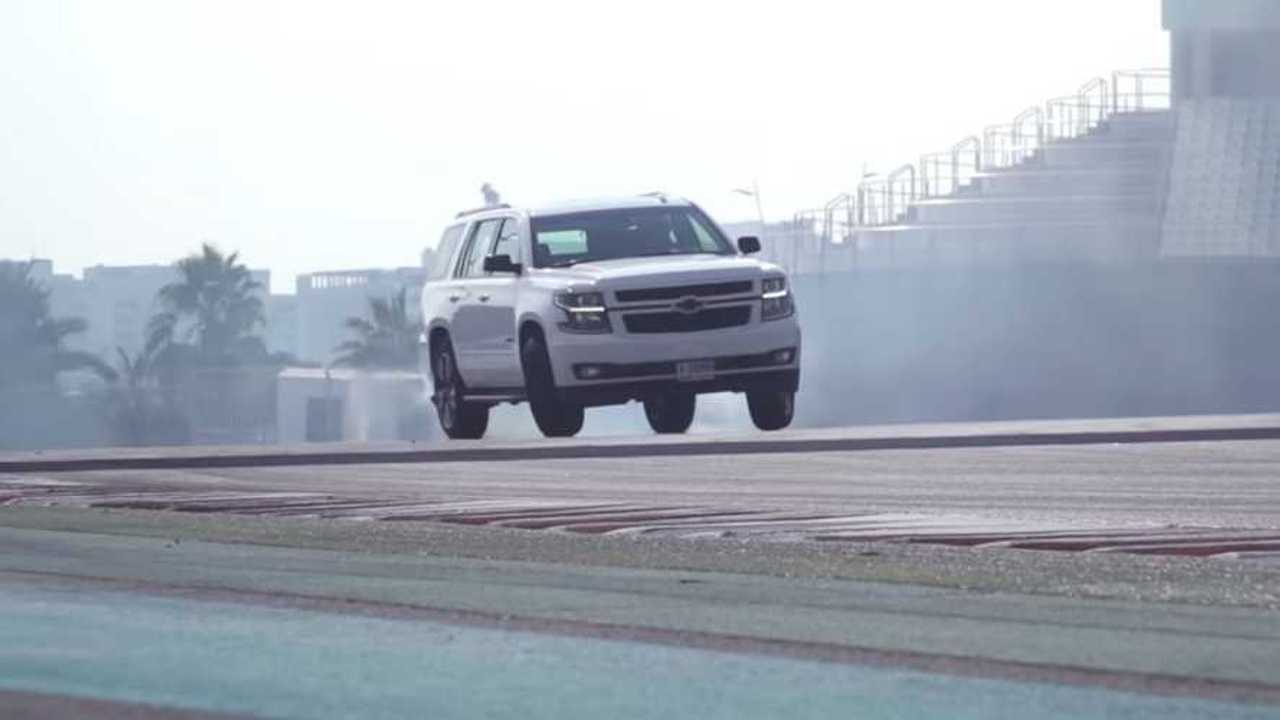 In the hands of a professional, even a big, lumbering SUV can get sideways in style.

Drifting could be described as the most graceful form of motorsport. It’s low-slung, often brightly-colored sports cars, performing a delicate, high-speed dance to a symphony of squealing tires and engine noise, accompanied by plumes of white smoke and the scent of burning rubber.

However, the drifting seen in this video is neither delicate nor graceful, and the vehicle in question is far from low-slung or sleek. In fact, it’s a big, white SUV. That’s fine by us, though – as men of culture, we can appreciate some variety in our drifting escapades.

Shared on YouTube by Chevrolet Arabia, the video shows professional drifter Ahmad Daham wheeling a white Chevrolet Tahoe RST around the famous Yas Marina circuit. Logic would dictate that an SUV would make a poor choice for drifting. After all, it’s heavy, with a high center of gravity and an automatic transmission.

It’s a testament to Daham’s skill that he makes drifting the massive SUV look effortless. As we mentioned earlier, it’s not exactly graceful, but drifting a big, white SUV has a style all its own. In short, it’s fun to watch.

Some of the credit, of course, has to go to the truck itself. The RST badge on the tailgate stands for “Rally Sport Truck,” after all. That means that this Tahoe is set up for street driving instead of off-road performance.

Powered by a 6.2 liter V8 like the one you’d find in some of Chevrolet’s other high-performance offerings, the Tahoe RST is the fastest Tahoe of them all, and rides around on a performance-tuned suspension and 22″ wheels with more performance-focused rubber than you’d find on the standard Tahoe.

With 420 horsepower on tap and a more acceleration-friendly rear axle ratio, the Tahoe RST is no slouch when it comes to performance. While it’s clearly not as nimble as a Camaro or Corvette, this video proves that the Tahoe RST might be the most fun Chevy fans can have with three to five of their best friends in tow.