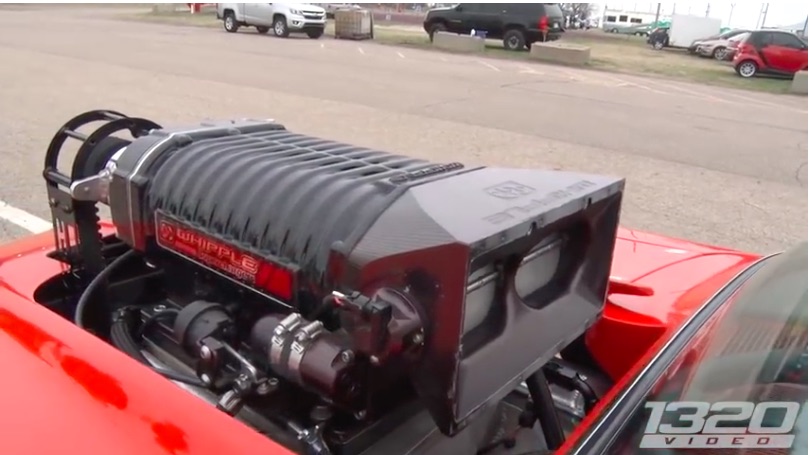 We have known Carl Scott since 2005 when he won the first Hot Rod Magazine Drag Week ever held. At that point he had a Chevy Nova with a nitrous engine in it and for all intents and purposes it was the first truly over the top Unlimited car in the event’s history. He and his brother would swap center sections, bolt in windows, and even swap induction systems when they arrived at the track each day. He got away from drag racing and messed around with sand cars for several years before the world of no-prep style called him back to the sport.

His current Honey Badger Nova is packing a 9:1 compression 632 with a truly massive 8.3L Whipple supercharger on it. The car still gets driven on the street and had to complete a 30-mile street cruise during the event you will see it competing at below. This is a no time style event so we will not see elapsed times on the scoreboard but you will see this car dominate the street car class. It is killing fleas with a bazooka AND a flamethrower!

The funniest part of the whole story is that Scott’s boss basically gave him the engine because it was in a sand car and it made “too much torque” for the sand. What does that mean? We’re guessing it was so violent that the thing was digging holes instead of accelerating!

We love the exposed throttle blades facing the windshield and frankly everything else about this car as well. This defines bad ass.