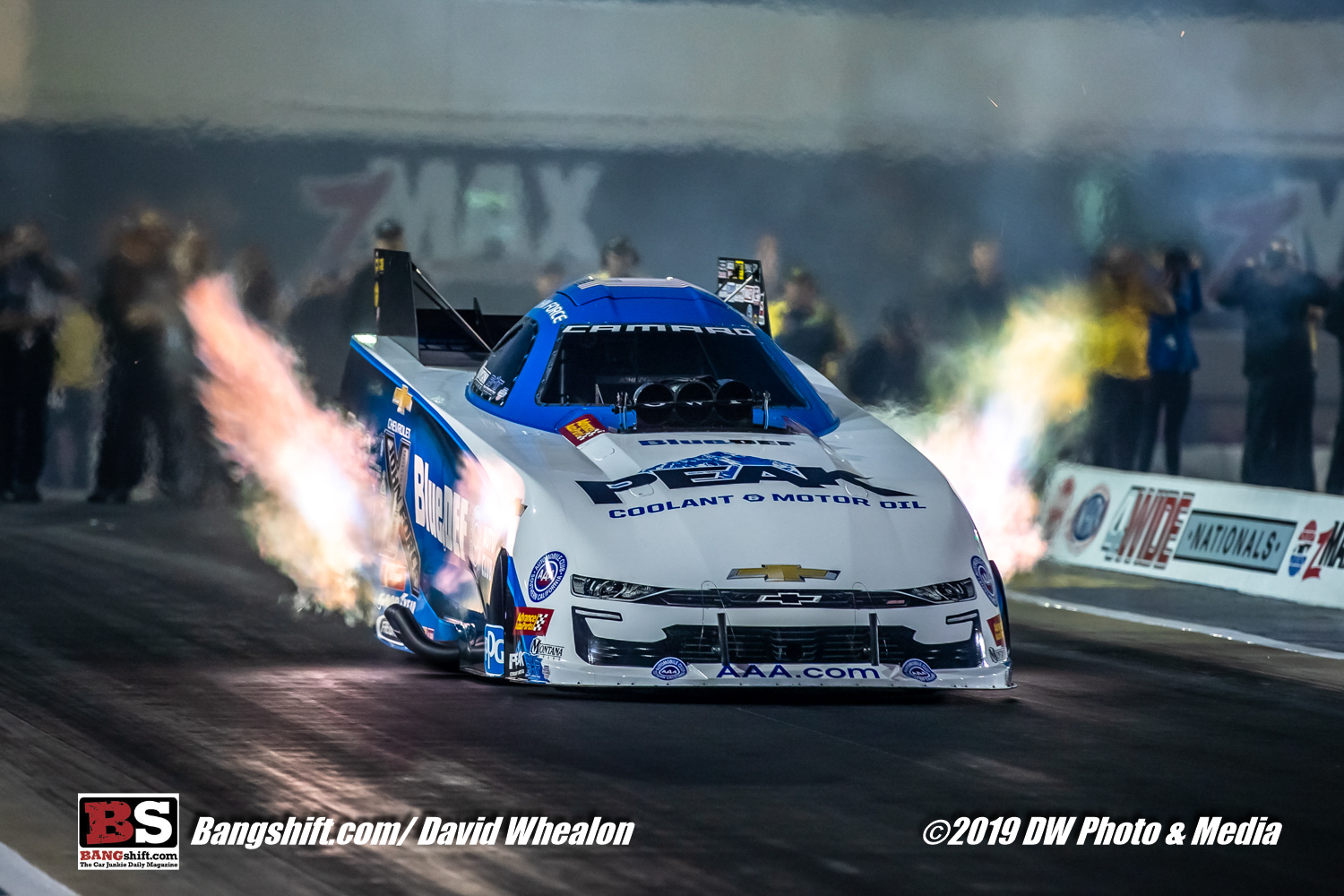 (Photos by David Whealon) – It’s a noise that you literally can hear in only one other place on Earth. It’s a feeling that makes some people, like my buddy Joe, so physically uncomfortable that he could not stand it. It’s hellfire, it’s Zeus throwing thunderbolts, and it all happens in the blink of an eye. That’s the nature of the business when it comes to four wide drag racing and while we know that a lot of people out there are not huge fans, there’s proof in the pudding for both Las Vegas and Charlotte because the crowds show up. Crowds large enough to sink the majority of venues on the NHRA tour piled into Charlotte braving horrible conditions on Friday and much better environs on Saturday and Sunday to see this format of drag racing take place.

Here’s a lot of awesome David Whealon photos for you to enjoy!

2019 Restoration Reunion At Virginia Motorsports Park: Photos From The Car Show and The Pits! Oh, Hell Yes: The Hellcat Miata – You Always Wanted The Hellcat In A Lighter Car!