Why We Remember It Now:

Easily one of the coolest concept trucks ever built, the Dodge Ram T-Rex 6×6 was an exercise in off-road prowess.

Long before Germany had the bonkers Mercedes-AMG G63 6×6 and the G500 4×42, America had a similar idea of building the ultimate truck. It started out in life as a Ram 3500 Dually with four wheels on a single rear axle before being converted to a dual rear axle setup. The ostentatious truck was conceived to offer a full-time four-wheel drive on the rear axles as well as a full- or part-time six-wheel drive with the front axle engaged. 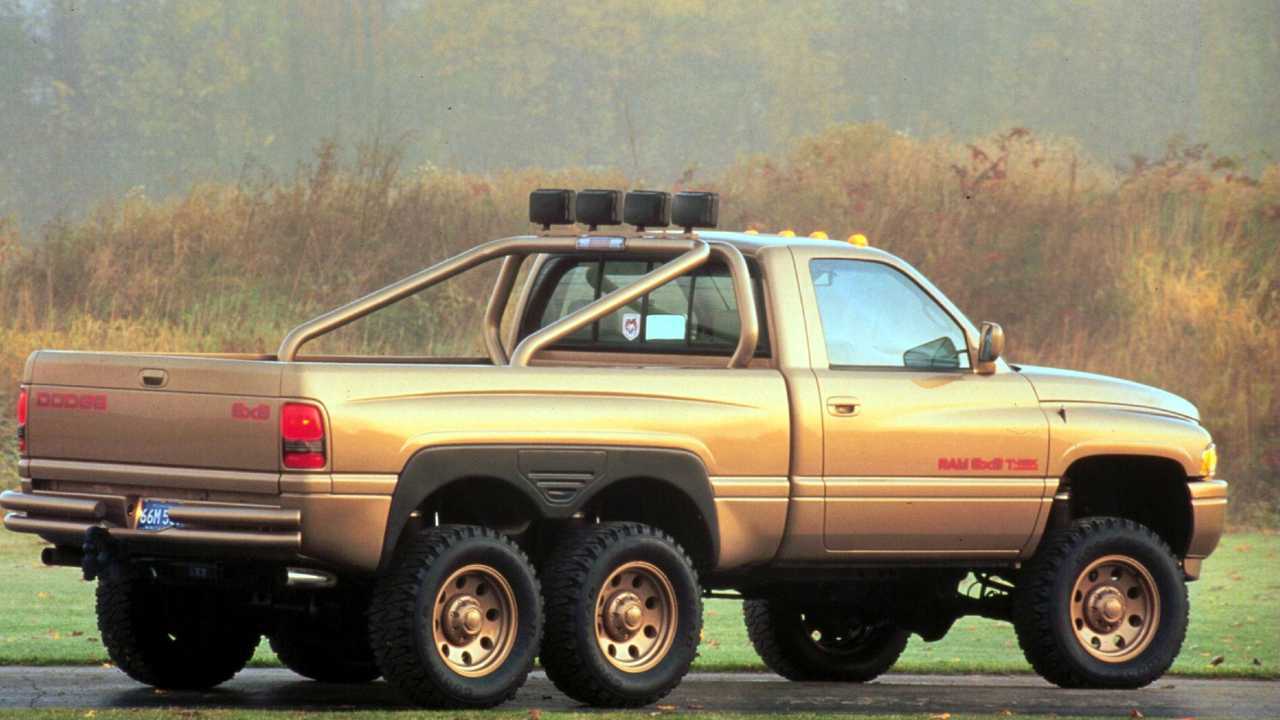 The T-Rex (named after Technology Research Experimental) was envisioned as the “world’s first full-time 6×6 light truck designed for personal use,” according to ex-Chrysler president Bob Lutz. Speaking at the concept’s reveal in Las Vegas, Lutz was pretty confident in the truck’s capabilities: “We think T-Rex can outrun, out-tow, outmaneuver, outhaul and out-off-road anything in its class, and do it with a lot more driver comfort.”

It was joined on stage by another pickup concept in the form of the equally rad Dodge Dakota Sidewinder we covered in our Concept We Forgot series nearly a year ago.

The concept’s party piece was the externally mounted transfer case linked to the two rear axles to which it sent the available torque in equal amounts. When the six-wheel-drive mode was enabled, 48 percent of the torque was sent to the front axle while the other 52 percent was delivered to the rear transfer case.

While the Dodge Ram T-Rex 6×6 unfortunately never made it to production, a high-performance pickup truck similar in spirit is coming. We’re talking about the Ram Rebel TRX, which is set to go up against the Ford F-150 Raptor and feature the mighty Hellcat engine with a yet-to-be-confirmed 707 horsepower on tap. It won’t have the third axle of the 1996 concept, but we’ll take it nonetheless.