It lapped the four-mile circuit in 2 minutes 15 seconds.

Porsche continues its North American race track record tour with a stop in Elkhart Lake, Wisconsin and a small track called Road America. Anyone familiar with this course understands that, by small, we actually mean just over four miles in length. Despite the size, the famous track only boasts 14 corners so as you might expect, it’s a very fast course. In fact, Porsche is reporting that racing veteran David Donohue turned a lap of the 4.04-mile course in just 2:15.17 seconds behind the wheel of a stock, production-spec Porsche 911 GT2 RS. That’s quick enough for the automaker to claim yet another production-car record. 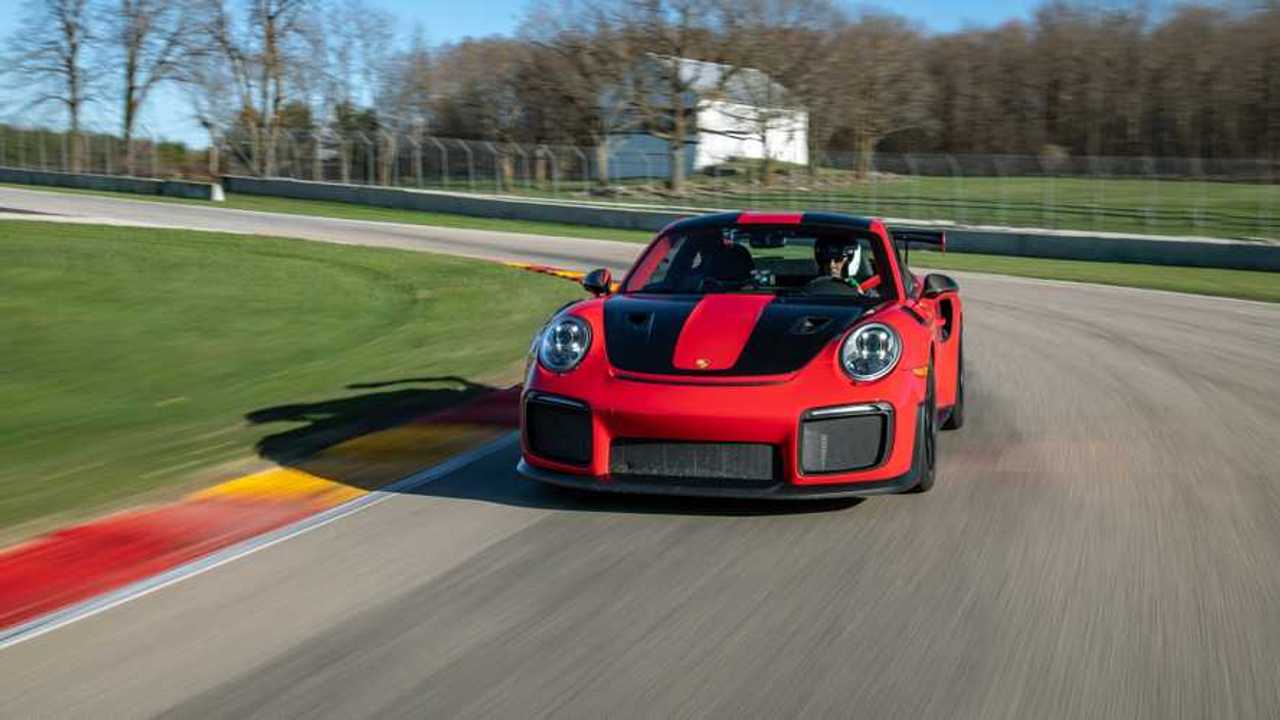 To help make that time live for you, the Porsche’s average speed around the track checks in around 108 mph. That’s indeed quite impressive, because while the track only has 14 turns, half are tight bends of 90 degrees or more. Furthermore, in its announcement of the achievement, Porsche says that Donohue accomplished the record-setting time after just two laps. The weather conditions were favorable for a solid run, and the GT2 RS was equipped with road-legal Michelin Pilot Sport Cup 2 R N0 tires.

As with Porsche’s previous run at Road Atlanta (which also set a new record), the automaker brought a naturally aspirated 911 GT3 RS along as well. Despite having a power disadvantage of nearly 200 horsepower (149 kilowatts) versus its boosted sibling, the high-revving GT3 RS clocked a Road America lap of 2:18.57 – just under four seconds slower. Yes, that’s an eternity in a race, but with such a gap in power, it further shows the cornering bite that the GT3 RS possesses.

Porsche unveiled its new 911 late last fall at the 2018 Los Angeles Auto Show, but the automaker certainly isn’t letting the current generation fade quietly into the night. Something tells us we’ll be hearing about 911 GT2 RS records at other tracks for many months to come.

The Porsche 911 GT2 RS has set a new production car lap record at Road America, completing the 4.048 mile road course with its 14 turns and multiple elevation changes in just 2:15,17 minutes. 24 Hours of Daytona and Le Mans class winner David Donohue took to the wheel of the 911 GT2 RS and only needed two laps to do so, underscoring not just the track capability, but also the approachability of the car.

The Porsche 911 GT3 RS also recorded an impressive lap time of 2:18,57 minutes at the same track after only a few laps. Once again, both cars took to the track on road-legal and Porsche-approved Michelin Pilot Sport Cup 2 R N0 tires. Racelogic was on-site to record and validate the lap time, vehicle telemetry, and video utilizing the VBOX Video HD2 system.