And we think it would actually work.

Out of all the things that cause accidents, speeding is definitely on top of the list. It’s pretty logical and self-explanatory, to the point that we don’t feel the urge to explain why.

In fact, an IIHS study finds that higher speed limits accounted for more deaths since 1993.

Given, there are set speed limits on U.S. roads but they are mainly enforced on highways and other major thoroughfares. Plus, the enforcement isn’t uniform throughout the country – there are states, like West Virginia, where cops are more lenient with speeders while others, like Wyoming, are considered to be hot spots for speeding cars. Well, at least according to a study. 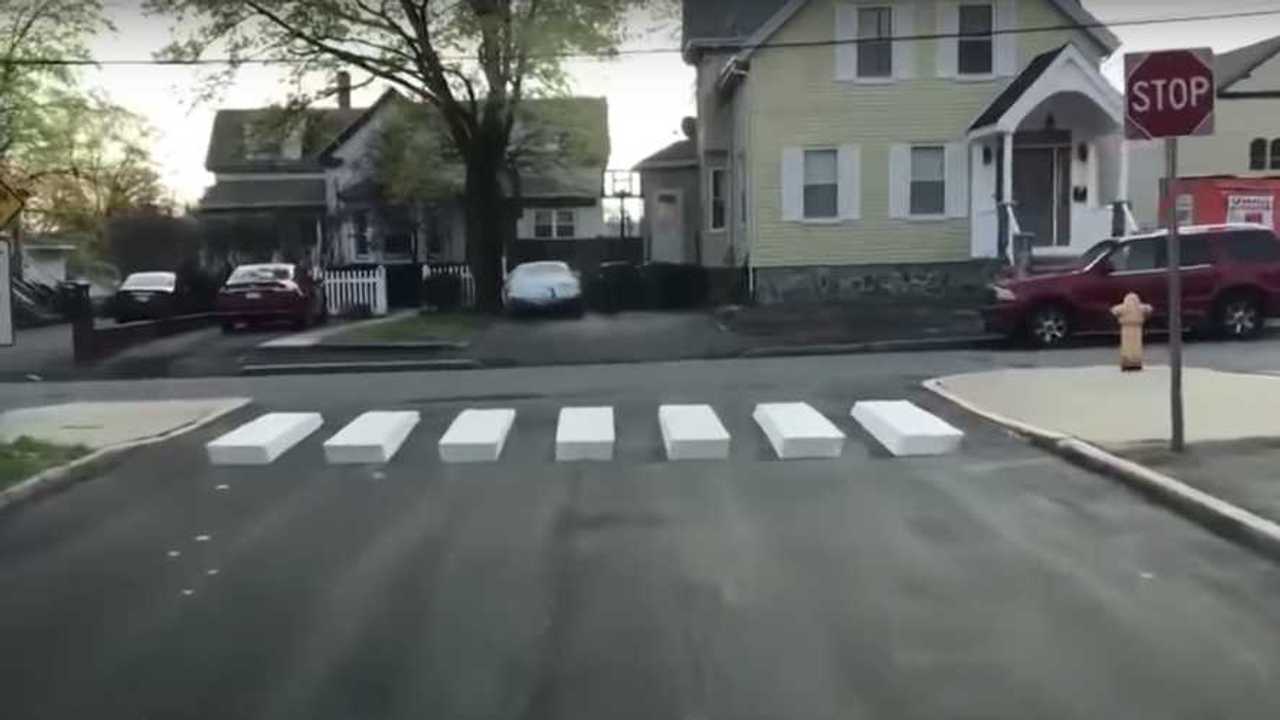 However, not everyone is responsible enough to monitor their own speeds and adhere to the set speed limit in a given location. More often than not, you’ll find these people in urban and residential areas where speed limits are set but aren’t strictly enforced. Even with the presence of stop signs and school zone warnings, some drivers are just in for the thrill without thinking about the consequences of their actions.

Such is the problem of Medford, Massachusets as seen by a 10-year old. In a report by WCVB Channel 5 Boston, a young girl named Isa has seen the problem in their area. With that in mind, Isa has pitched a solution: three-dimensional crosswalks.

Here’s What Speed Can Do:

Seen on the image above and the video on top of this page, it looks like the 3D crosswalk is a viable solution to help reduce speeders in areas where pedestrians and children are plenty. It creates an optical illusion that would make drivers think that they’re going over an elevated speed bump.

The solution is simple and cost-efficient, and we really think other similar areas in the country should adopt the idea.