Last SEMA, FCA rolled out a 1,000 horsepower, 950 Ft/Lbs monster of a 426ci third-gen Hemi to the world and proudly boasted that it would be for sale as a crate engine. Dubbed the “Hellephant”, this frame-twisting, unibody-buckling, tire-destroying end-all-be-all of an engine might seem like automotive insanity run rampant, but in Mopar land it is nothing more than another day at the office…remember, this is the company that sells Hellcats, Demons and Redeyes that come with over 700 horsepower in the baser forms.

It was suggested in the live chat last night that I procure one of these engines for Angry Grandpa, our in-house 2006 Chrysler 300C project. It would be easy to say yes to the power, but think of the poor NAG-1 automatic and the Mercedes rear that have to suffer the abuse, nevermind the actual structure of the car twisting under that torque load! There would be a lot of work and money that would need to go into keeping the 300C from twisting up like a pretzel, but now there is another side of the coin to consider…namely, coin. 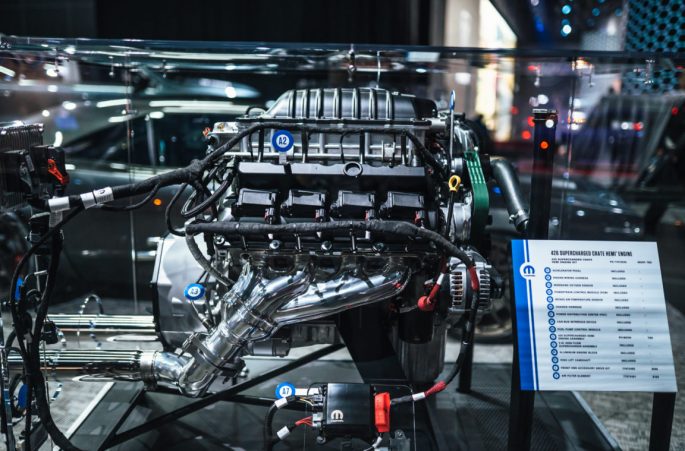 If you’ve got the coin and the perfect car to hide enough power to make the dude in the Bugatti Chiron think twice about f’ing with you, you can hit up CrateHemi.com and place your order. We’d also like to ask that you share the project with us, because whoever has the boulders big enough to go for this engine has to be building something very, very wicked!