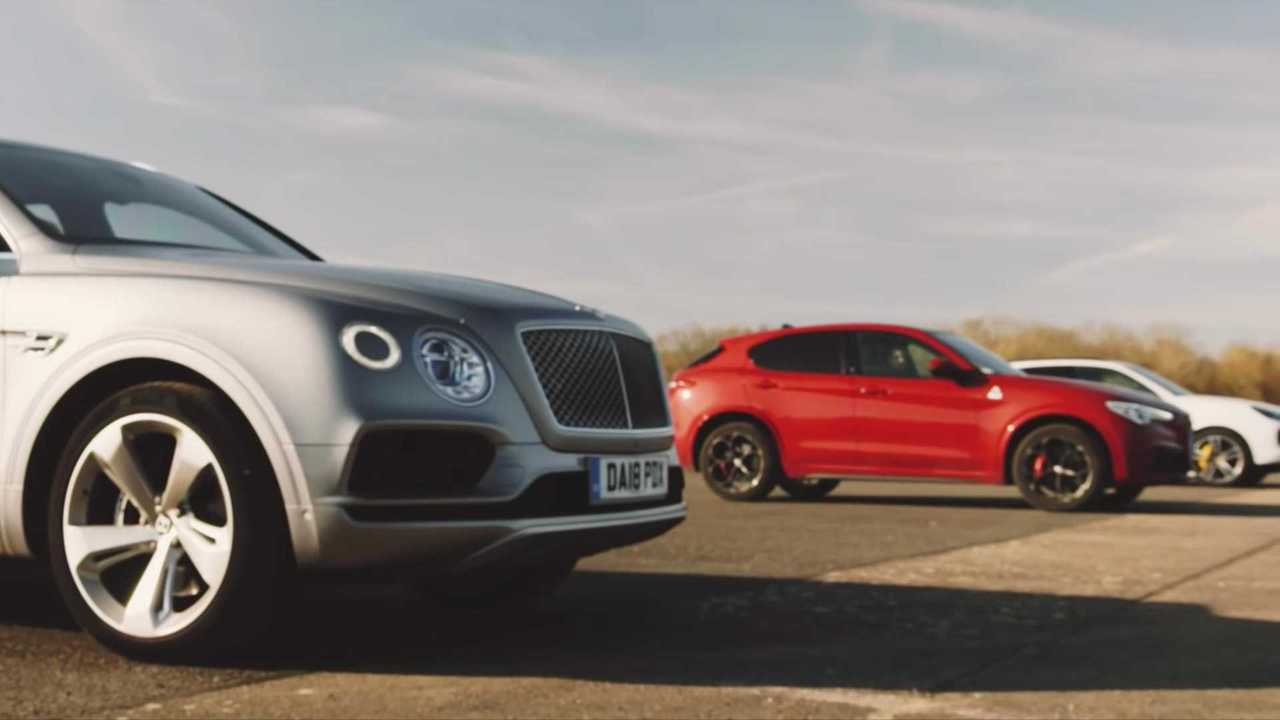 Which performance SUV wins over a half mile.

The folks at Auto Express have orchestrated a three-way, half-mile drag race for the Alfa Romeo Stelvio Quadrifoglio, W12-powered Bentley Bentayga, and Porsche Cayenne Turbo. If you want the maximum amount of detail, stay tuned through the very end of the clip to see the times for each vehicle to reach 60 miles per hour (96 kilometers per hour, 100 mph (161 kph), the quarter mile, and half mile.

Even at a lofty base price of $81,590, the Alfa Romeo Stelvio Quadrifoglio is the least expensive member of this trio. With 505 horsepower (377 kilowatts) in the United States, its 2.9-liter twin-turbo V6 also has the lowest output of the bunch.

The Porsche Cayenne Turbo sits in the middle of the group both in terms of price and engine output. Its 4.0-liter biturbo V8 offers 550 horsepower, and the base cost is $125,650.

Off the line, the Bentley and Porsche rocket to an early lead. The Alfa holds its own by reaching 60 mph in 3.6 seconds, versus 3.5 seconds for the Cayenne Turbo and 4.1 seconds for the Bentayga.

The positions remain the same through the 100-mph mark. The Porsche is quickest by hitting the speed in 8.5 seconds. The Stelvio Quadrifoglio is a few ticks behind at 9.0 seconds, and the Bentley brings up the rear with a 9.2-second time.

Without spoiling the results, we can say these acceleration times don’t reflect the final standings through the half mile. Check out the video to see how things shake out at the finish line.