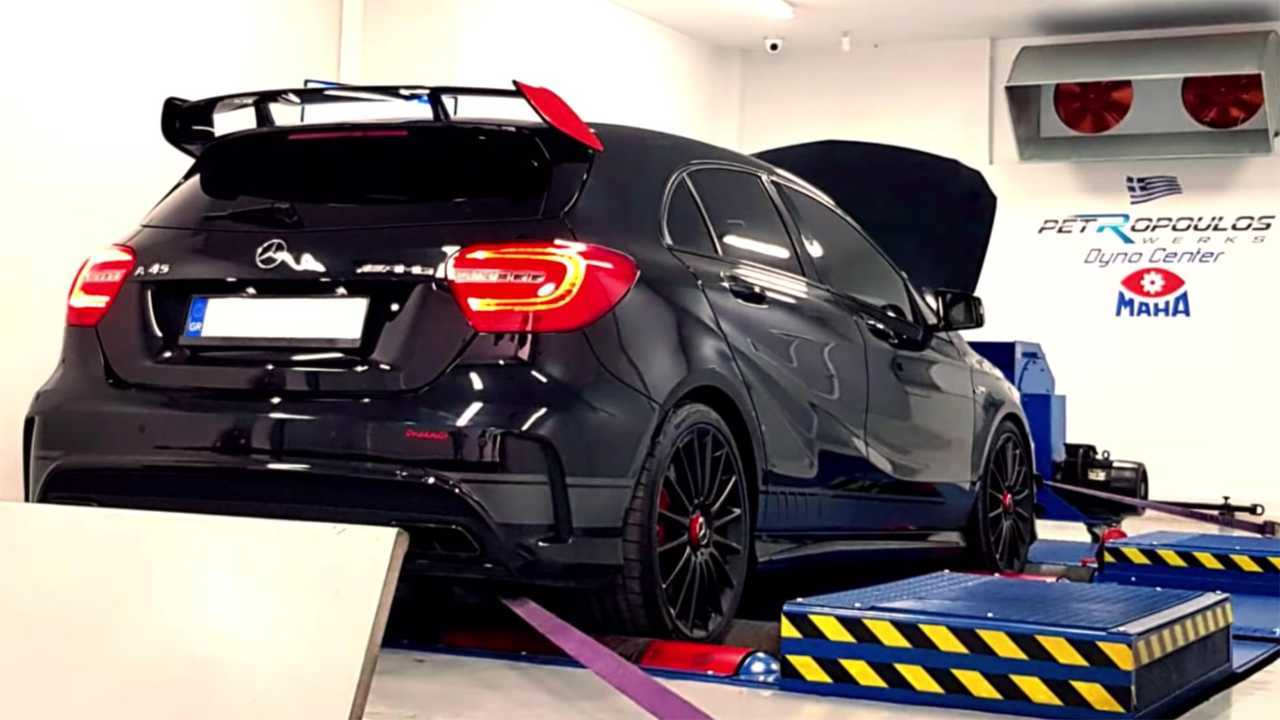 The previous-gen Mercedes-AMG A45 is already quite potent with later models using a turbocharged 2.0-liter four-cylinder making 376 horsepower (280 kilowatts) and 350 pound-feet (475 Newton-meters) of torque, but a tuner in Greece manages to push the output to over 600 hp (447 kW). The major upgrade that allows for the big boost in output is a giant Garrett turbo and a custom exhaust manifold that gives it an eye-catching position in front of the engine when the hood is open.

In addition to showing the tuned A45 on a dyno, the video provides a timelapse look at some of the labor necessary for fitting the bigger turbo. Custom engine control software also helps everything work together.

At the end, the video shows the A45 hitting 186.4 miles per hour (300 kilometers per hour). Unfortunately, this appears to happen on a public road. The clip doesn’t say whether the run happens with the medium or race boost setting, but the end shows the turbos maximum boost of 2.47 bar (35.82 psi) during this pull.

Such a highly tuned vehicle isn’t to everyone’s taste, and hot hatch customers wanting something potent straight from the factory can look forward to the new A45 that might debut at the Frankfurt Motor Show in September. It comes standard with a 2.0-liter turbocharged four-cylinder making 383 hp (286 kW), but a more potent S model has 416 hp (310 kW). Both of them have a sophisticated all-wheel-drive system that includes a tail-happy drift mode.