Engineers continue to run the Audi RS6 Avant around the Nüburgring Nordschleife, and this spy video provides a great view of its development there. There’s even footage from a drone showing the wicked wagon going through the banked carousel section of the track.

Audi’s team aren’t ready to start stripping camouflage off the RS6 Avant yet, and this test mule looks the same as the ones in earlier photos and videos. The vehicle features an aggressive front end with large inlets and big, oval-shaped exhausts at the back. 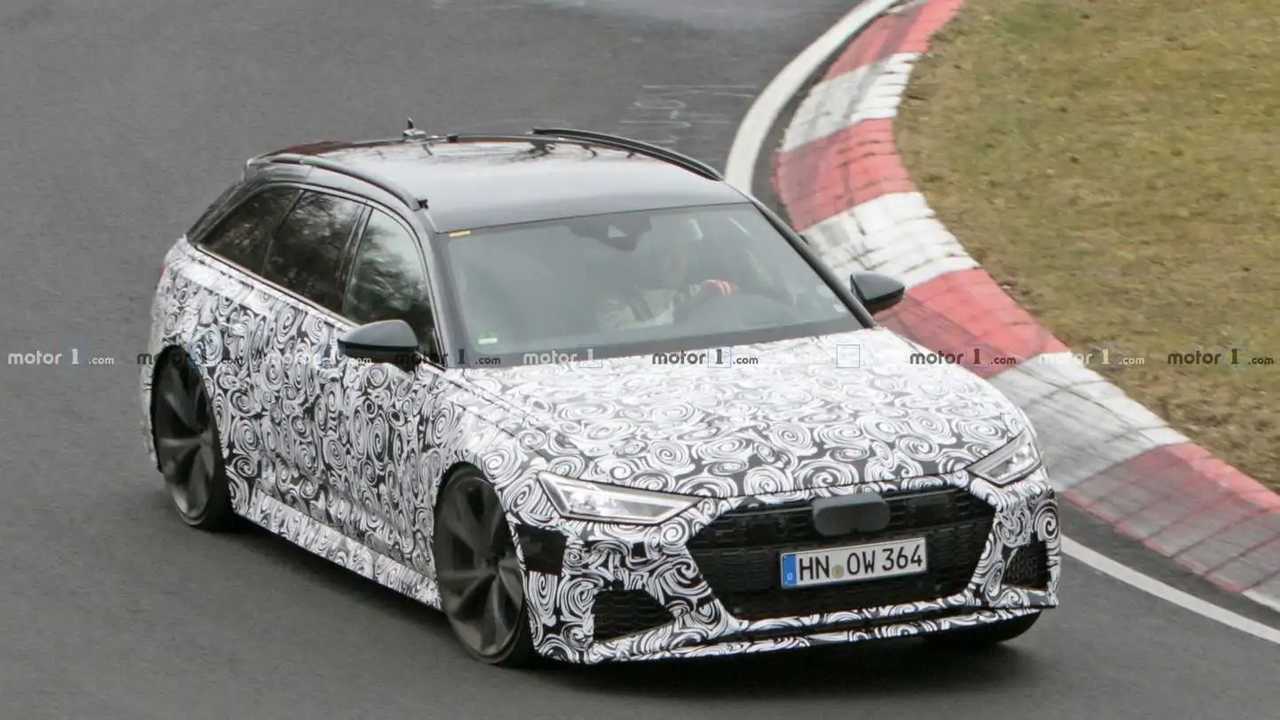 The new RS6 would allegedly be available in two versions. The basic version would offer 605 horsepower (451 kilowatts) and 590 pound-feet (800 Newton-meters), which matches the existing Performance variant in terms of horsepower but boosts the amount of twist over the current 553 lb-ft (750 Nm). A more potent trim would reportedly push the output to 650 hp (484 kW), possibly by incorporating a hybrid into the powertrain, which should result in an increase in torque, too.

As a high-performance Audi, the RS6 Avant would have a sophisticated all-wheel-drive system. Parts like adaptive dampers, big brakes, and sticky tires are practically a certainty, too.

On the inside, the front occupants likely sit in highly bolstered seats for keeping a tight hold of them during spirited driving. Expect lots of carbon fiber and Alcantara trim that would express the model’s performance-oriented nature.

Rumors point to the RS6 Avant debuting at the Frankfurt Motor Show in September, and the wagon could be on sale before the end of the year in Europe. There’s potentially good news for American customers because the model could arrive there. Audi Sport R&D boss Oliver Hoffmann recently told Car and Driver: “The U.S. market is increasingly interested in real station wagons like the RS6 Avant. Therefore, it is entirely possible that we will bring it back to North America.”