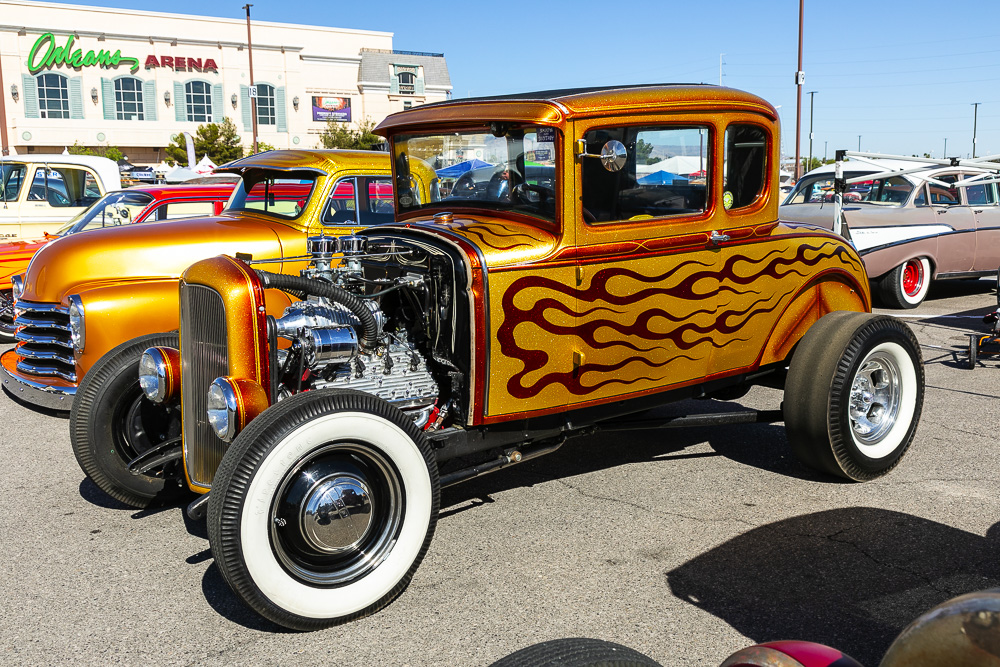 This is the second look into the world of the huge and fun Viva Las Vegas car show that has expanded to completely take on a life of its own these days. OG attendees will talk about how things were before this thing really gained the steam that it has now and they’ll do it fondly, not wistfully because while the show has grown, it has not lost any of its fun. Sometimes these events get so big that they basically start to parody themselves but that is the furthest thing from the truth here.

The cars, the people, the entertainment, and of course, the city that this thing is held in are all awesome and literally built for fun. If you go to Viva Las Vegas and do not live with a smile on your face, you likely need psychiatric help. Between the music and the cars and the weather, it’s heavenly. We have more photos below and we’re done talking! Check them out.