Having test mules on the track suggest Honda as something planned for the Civic Type R. 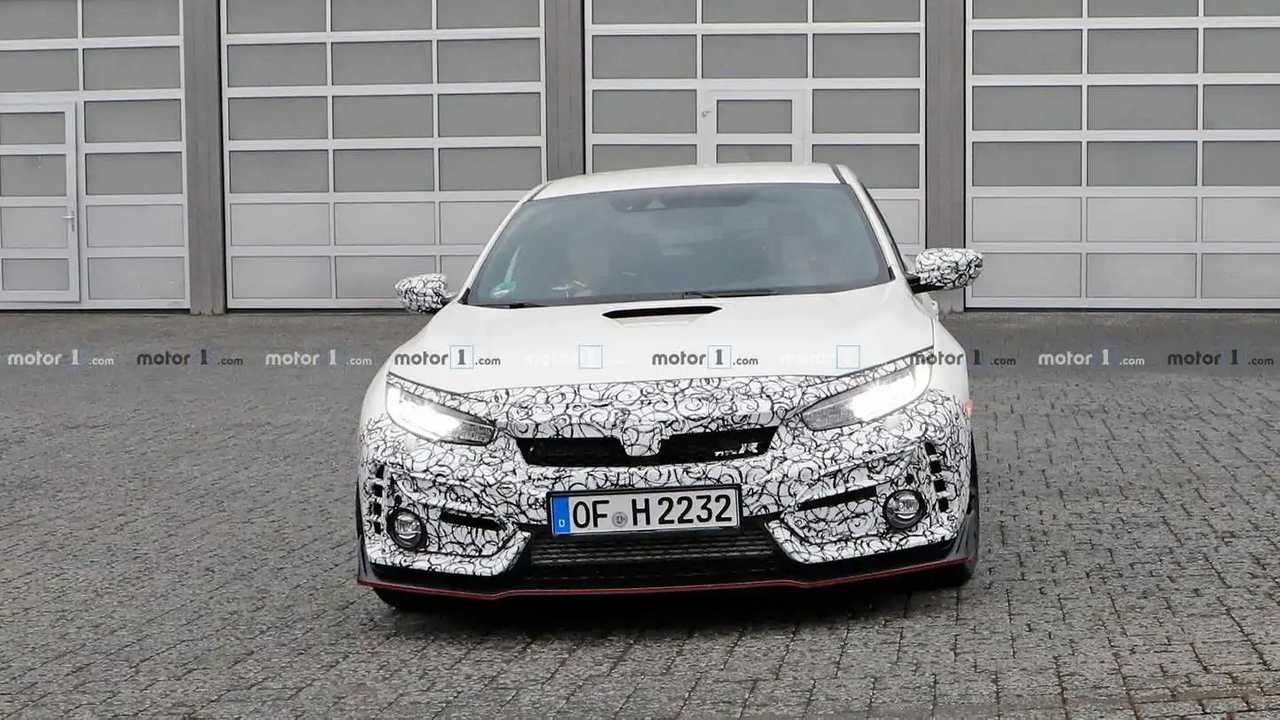 Up front, the test mule with the large sensors on the sides has a much larger splitter than the rest. The piece has multiple blue pieces that attach it to the body. The wing on this car is more modest than what’s on the existing Civic Type R, and it even appears smaller than the one on the existing Si variant. The combination of more aggressive components at one end and more unassuming parts at the back look very odd.

The test mules in the other photos appear closer to stock. While there are camouflaged panels at both ends, there don’t seem to be major differences when looking closely for comparing against the current Civic Type R. However, our spies speculate that concealing the roof on the yellow vehicle could be a way to hide a carbon fiber panel there for saving weight.

Spy shots and videos from 2018 showed Honda evaluating Civic Type R test mules last year. One of them even had the low-profile wing like the one on these newly spotted cars. Rumors point to the company creating both more hardcore and softer variants of the CTR in an effort to appeal to a wider part of the performance vehicle market. It’s not yet clear whether these variants might use a more potent version of the existing 306-horsepower 2.0-liter turbocharged four-cylinder.