Panamericana grille up front, quad exhausts at the back.

With the new A35 now serving as the “baby AMG,” it means Mercedes can take the A45 to the next level. A reveal of the hyper hatch is expected shortly taking into account this prototype not only had the full production body, but it even had the badges and logos hiding underneath a thin strip of camo. Judging by the look-at-me wing at the back, we could be dealing with the Edition 1 version fitted with all the bells and whistles.

With most of the disguise gone, we can clearly observe the Panamericana grille up front with the multiple vertical slats. The A45 will be the smallest AMG model to feature this menacing look that harkens back to the 300 SL that triumphed in the namesake race back in 1952. Further denoting the car represents a step above the warm A35 is the quad exhaust system providing an intense aural experience. 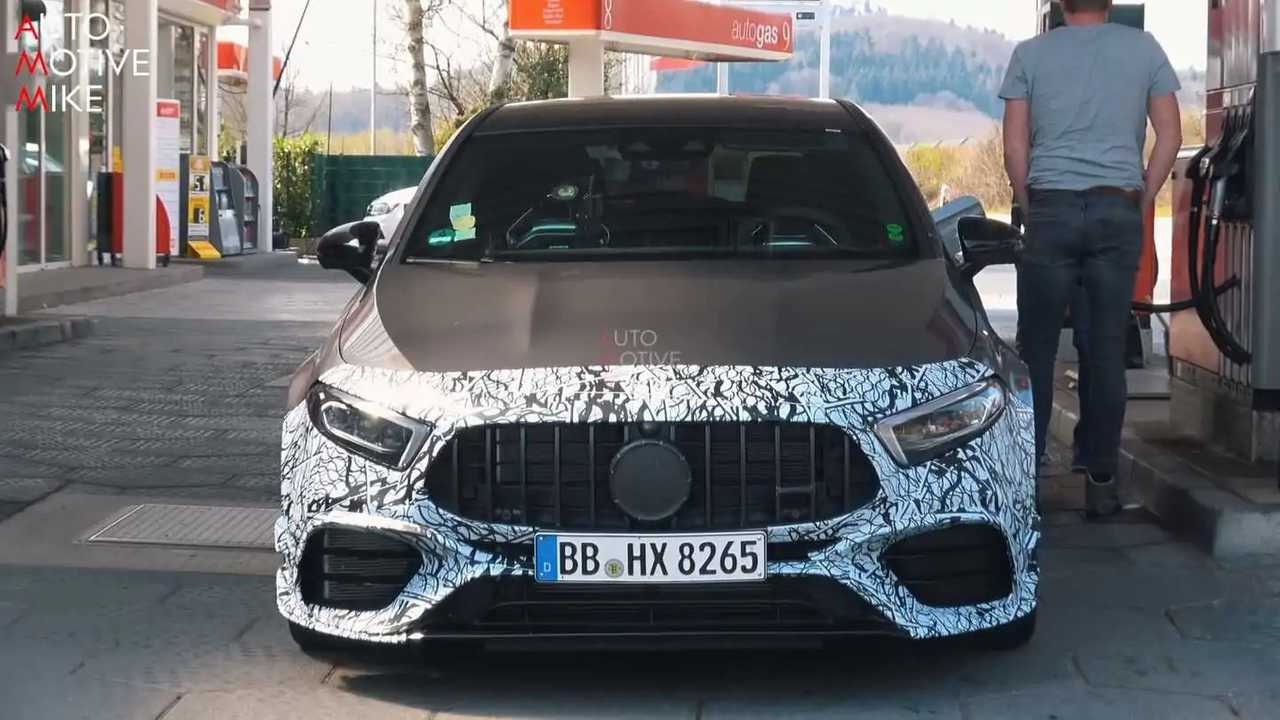 As you are probably aware by now, Mercedes has already revealed a great deal of info about the new A45 seen here stretching out at the Nürburgring gym. For example, its turbocharged 2.0-liter gasoline engine will have up 420 horsepower in the even hotter A45 S. We also know the 4Matic system specifically developed for the model will come with a drift mode for tail-happy adventures despite the car’s FWD-based nature. An eight-speed, dual-clutch automatic transmission has been tasked to channel all that power to both axles.

The A45 is not coming to the United States because the regular A-Class hatchback is not available stateside. However, the A45 Sedan and the CLA45 are both expected in the U.S., along with a GLA 45 and maybe a GLB 45 as well. All of these cars will feature the very same engine, which is the second most powerful four-cylinder ever installed in a production car after the 440-hp 2.0-liter available in the short-lived, U.K.-only Mitsubishi Lancer Evolution X FQ-440 MR.

The hatchback will lead the way for the “45” family, with the other body styles likely not far behind.

The New A45 Is Right Around The Corner: