E Is For Evil: This BMW M3 E90 GTR Roars Up A Hill Climb Making Sounds That Are Too Glorious To Describe 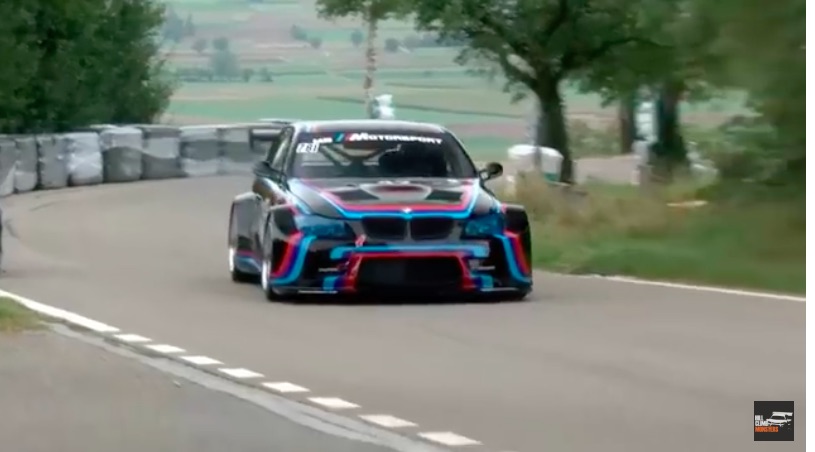 This is one of those awesome things that kid of sneaks up on you. Yes, we know that BMW M cars are awesome, yes we know that BMW M race cars are awesomer. Yes we know that BMW can build a bad ass V8 engine with the best of them but having never seen this BMW M3 E90 GTR hill climb car before, it struck us as an awesomely pleasant surprise. When you combine a car that looks like something out of the movies with a driver who clearly knows what’s up, and an engine that sounds like some sort of piston powered angelic song, the whole scene is 100% BangShift approved.

We’re not sure where this climb was but it looks awesome and the fact that there’s 500hp of V8 kicking this thing along and not a higher pitched inline six engine makes it all the better for us. The engine we’re talking about is a 4.0L naturally aspirated V8 and from what we have learned the car weighs right around 2,400lbs, so there is plenty of carbon fiber and light weight material being used here. The fender flares? Brutally awesome.

We want one…this one.

BangShift Question Of The Day: What’s The Biggest OEM Manufacturer Rip Off From Another OEM Manufacturer Ever? Wind Machine: Watch This 14-Cylinder Hercules Radial Engine Fire Up And Sandblast Its Operator