Video: This Is What Dag Racing Looked Like In Detroit Back In 1953 – Michigan Hot Rod Association Action 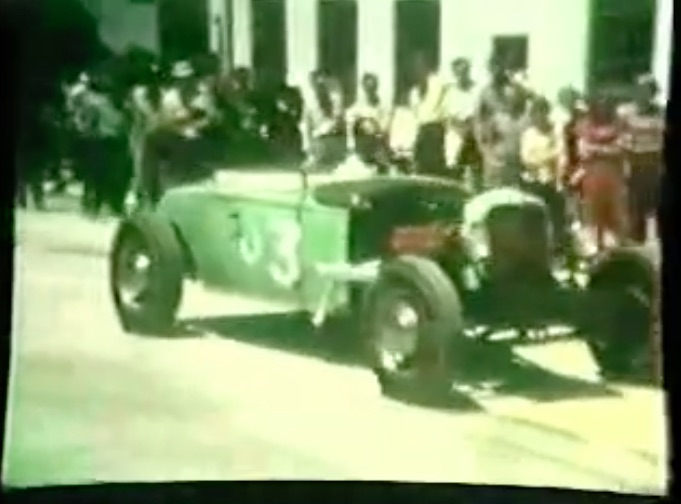 When we talk about drag racing’s roots, the 1950s were really the formative decade for the sport across the country. Sure it had sprouted some legs and began to drag itself out of the primordial ooze right after WWII in California but by like 1952/53 there were drag races happening nationwide and in car crazed Detroit, that was the story as well. In this video you are going to see what it purported to be the first legalized drag race held in the Detroit area by the Michigan Hot Rod Association.

If you think it looks like they are racing on a street, you are right. GM had built a new plant to manufacture springs and stuff out int the middle of nowhere and the good news was that this plant had a road that was dead straight and dead flat. Because this was an era when people actually had weekends off from work, GM was OK with letting the hot rodders (with supervision by local police) use the road to conduct their races.

The hook of the whole thing? If you were a hot rodder that had gotten a speeding ticket in recent history, you were not allowed to race. The cops were there and they could certainly pick out an offender when they saw him so this was a deterrent against street racing and helped to build the hot rodding culture in the Detroit area.

As more and more places suffer and struggle with street racing, stuff like this seem less quaint and more sensible. It’s amazing what a little understanding and thought can do to help EVERYONE win. Enjoy the video.

Power Down: Aussie Supercar Series May Look To Lighten Financial Burden on Teams With Less Horsepower Old School Rally God: This 1974 Ford Escort Mk1 RS2000 Can Be Yours