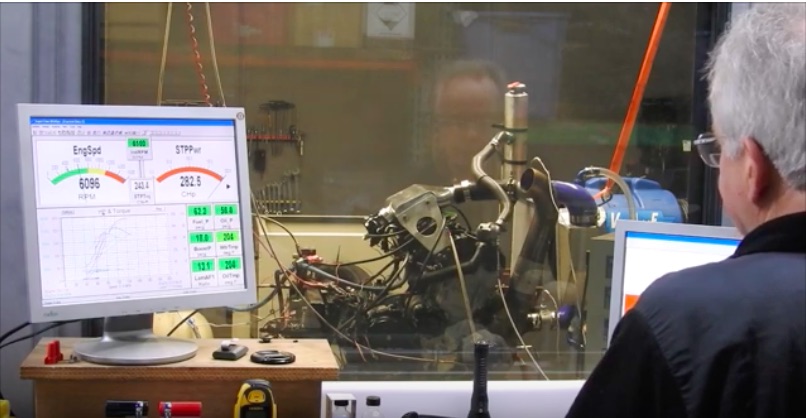 There have been many great engines made over the years. Whether we are talking about cars, trucks, boats, motorcycles, or even stationary applications, the right tools have been developed for those jobs and environments. But what about truly exceptional engines? There are more than a few of those as well but one that stands out is the vaunted Hayabusa motorcycle mill. This thing a a stocker kicked ass, with mods is downright scary, and with boost? With boost you are looking at an engine that makes 400hp on 1.5 liters of displacement. Did we mention that is sounds good doing it?

This engine fits into the G category of engines at Bonneville and will be powering some sort of a screaming roadster down the salt this August (assuming it survives more dyno pulls of awesomeness like this one!). The official displacement is 1,596cc. It uses a 72mm stroke and an 88mm bore. 21.5 psi of boost is force feeding the engine and it runs on 116 octane racing gas. It also sings like a bird at the upper reaches of its RPM band.

The torque number was also impressive out of an engine this small as it made 275 lb-ft at peak. Torque being acceleration and horsepower being speed, we expect this hot rod to really jam on the salt this year and we look forward to hearing this little monster roar its unique tune in August!

Radial Heat: Watch This Radial Engine Run On A Trailer And Nearly Melt Its Own Exhaust Off! 2019 Buffalo Motorama Coverage: Here’s our Final Collection Of Images From The Show