Sales in the world’s most populous country will begin next month.

Do you remember last year’s Volkswagen Atlas Cross Sport Concept which debuted at the 2018 New York Auto Show? It is now making the transition to a production model – meet the all-new Teramont X, making its world premiere at the 2019 Auto Shanghai.

While the new SUV is significantly toned down compared to the study, it’s still a good-looking vehicle with clean proportions and an athletic overall appearance. The German automaker gives the vehicle short overhangs at the back and up front, and a sloped roofline with a stylish spoiler at the end. Gone from the concept is the massive radiator grille with two LED strips which are now replaced by chrome strips surrounding the VW logo. 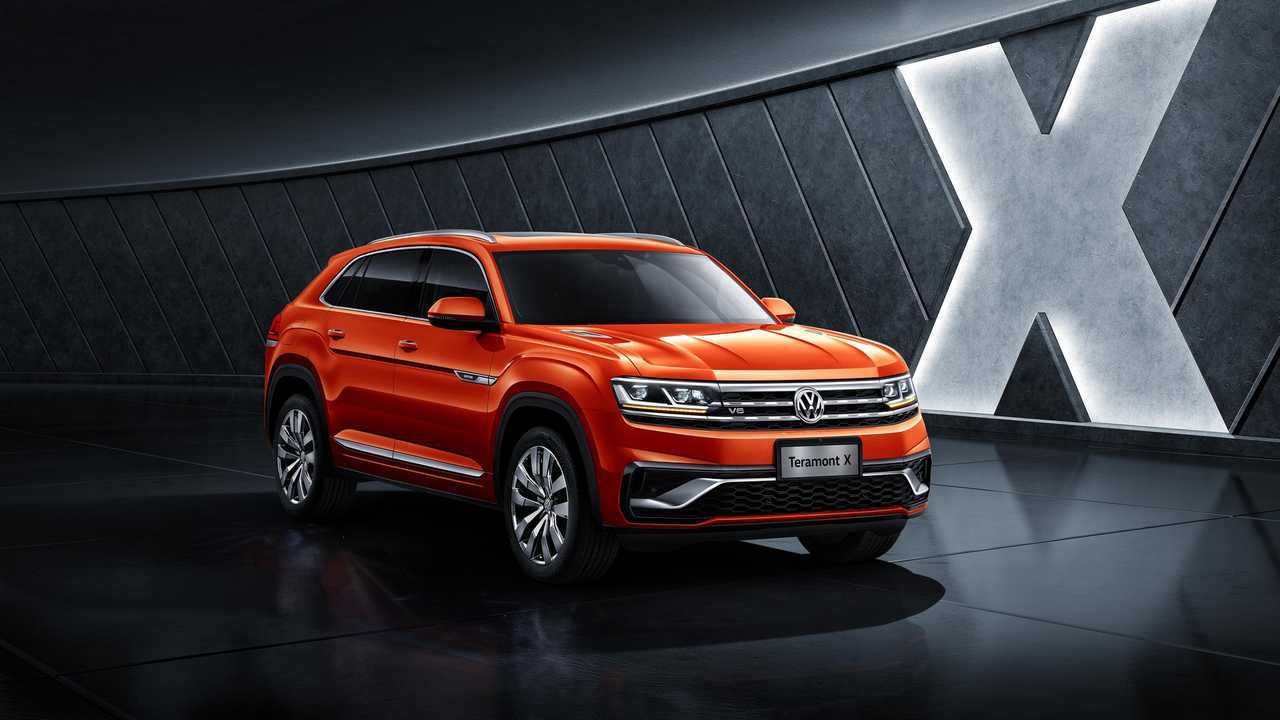 Other notable design elements are the pronounced lower grille in the front bumper, the integrated twin-exhaust system at the back, and the 21-inch polished alloy wheels with ten spokes. Volkswagen doesn’t provide a look at the cabin, but says there’s room for five passengers sitting in five comfortable chairs. The dashboard layout includes a 10.25-inch all-digital instrument cluster and a 9.2-inch display for the infotainment system.

No exact details about the powertrain options are available at the moment, but the V6 and 4Motion badges on the exterior of the Teramont X tell big portions of the story. The first refers to the 3.6-liter V6 engine under the hood good for 276 horsepower (206 kilowatts) and 266 pound-feet (360 Newton-meters) of torque, while 4Motion – obviously – confirms power is routed to all four wheels.

The manufacturer says it will begin accepting orders for the new coupe-SUV in China in May this year. More details about whether the model will be launched outside the People’s Republic are expected in the coming weeks so stay tuned.