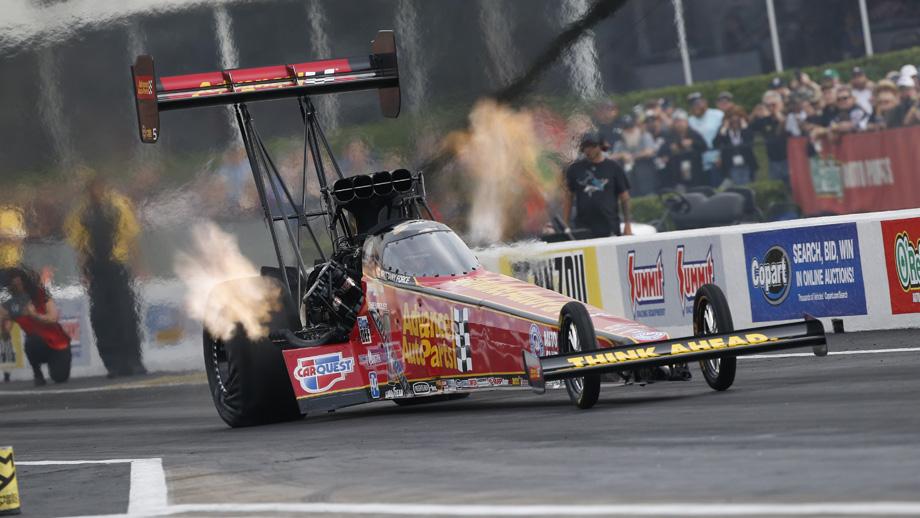 It isn’t very often that a father and daughter have both qualified in the top spot of two class at an NHRA National Event. And because John Force Racing has always been about Funny Cars, it hasn’t even been possible for them until daughter Brittany started racing in the Top Fuel category a couple years ago. She’s won her fair share of races, and shown the world that the little Force is a force to be reckoned with. We like Brittany and think it is cool that she is marching to the beat of a slightly longer drummer than everyone else in the family. This weekend in Houston, Brittany and her father John are the number 1 qualifiers in Top Fuel and Funny Car after Friday’s qualifying for the NHRA SpringNationals in Houston.

Brittany won this even last year, and is looking for a repeat in Texas. John meanwhile is going for his 150th career win. Can they stay in the number one spot in their classes? Can they both grab a Wally?

Below are the videos of their number one qualifying runs.

NOTE: Defending event winner B. Force went to the top of the category after securing both ends of the track record.

NOTE: J. Force is sitting in the top spot for Funny Car after his second qualifying run as he chases his 150th career victory.