The track-focused supercar has been spotted at the Green Hell.

Just days after kicking off production of the GT R Pro, Mercedes-AMG has set up camp at the Nürburgring to test an even more extreme version of its supercar. Reviving the “Black Series” badge, the pinnacle of Affalterbach performance – excluding the One hypercar – will be out in 2020 with an array of upgrades over the already hardcore GT R Pro.

We can already see some of the changes the Black Series will be going through, such as the revised aero package with much wider front canards that meet the lower corners of the Panamericana grille. The front spoiler lip doesn’t seem to be that much different, but the support brackets are visibly bigger than those of the GT R Pro. 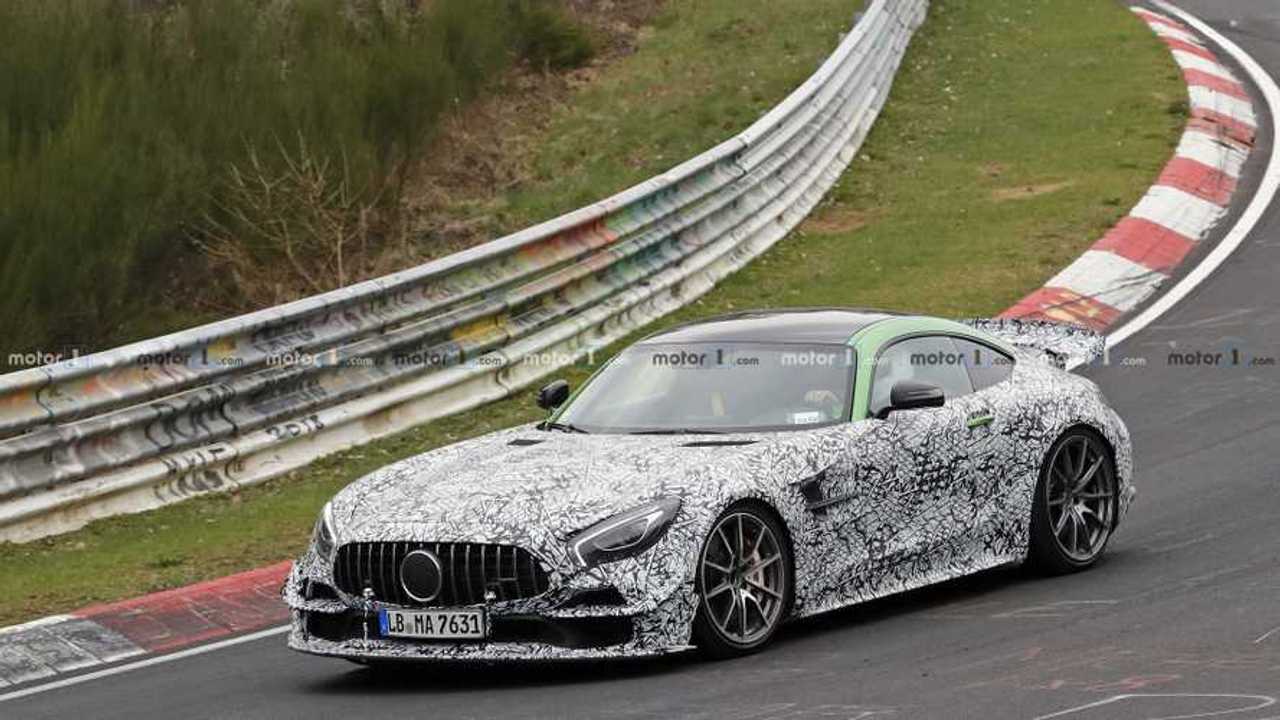 Moving at the back, it appears the coupe does not have the side fins of the Pro version, while the centrally mounted exhaust tips have been replaced by a quad setup with dual tips on each side of the bumper. The exhaust doesn’t seem to be the final one, and we’re expecting the bumper and diffuser to go through some changes on the production model.

At the heart of the GT Black Series will be the same twin-turbo 4.0-liter V8 engine found in the GT R Pro, albeit in what will likely be a higher state of tune. Output of the two-door GT lineup tops out at 577 hp for now, but AMG will likely extract more power for the flagship version. Mercedes’ go-faster division has already tweaked the engine to deliver 630 hp in the GT 63 S 4-Door Coupe, so there’s definitely room for the Black Series to up the power ante over the GT R and Pro models. We won’t be too surprised if the V8 will be massaged to deliver even more power given the status of the new supercar.

Corroborated with what will likely be a significant weight loss compared to the Pro and R, the new Black Series has what it takes to become the fastest AMG model ever built, if we were to exclude the F1-engined One hypercar.

Expect a high price and low availability once it debuts in 2020 to serve as a spiritual successor of the Mercedes SLS AMG Black Series launched late 2012.

The Ultimate GT From AMG: