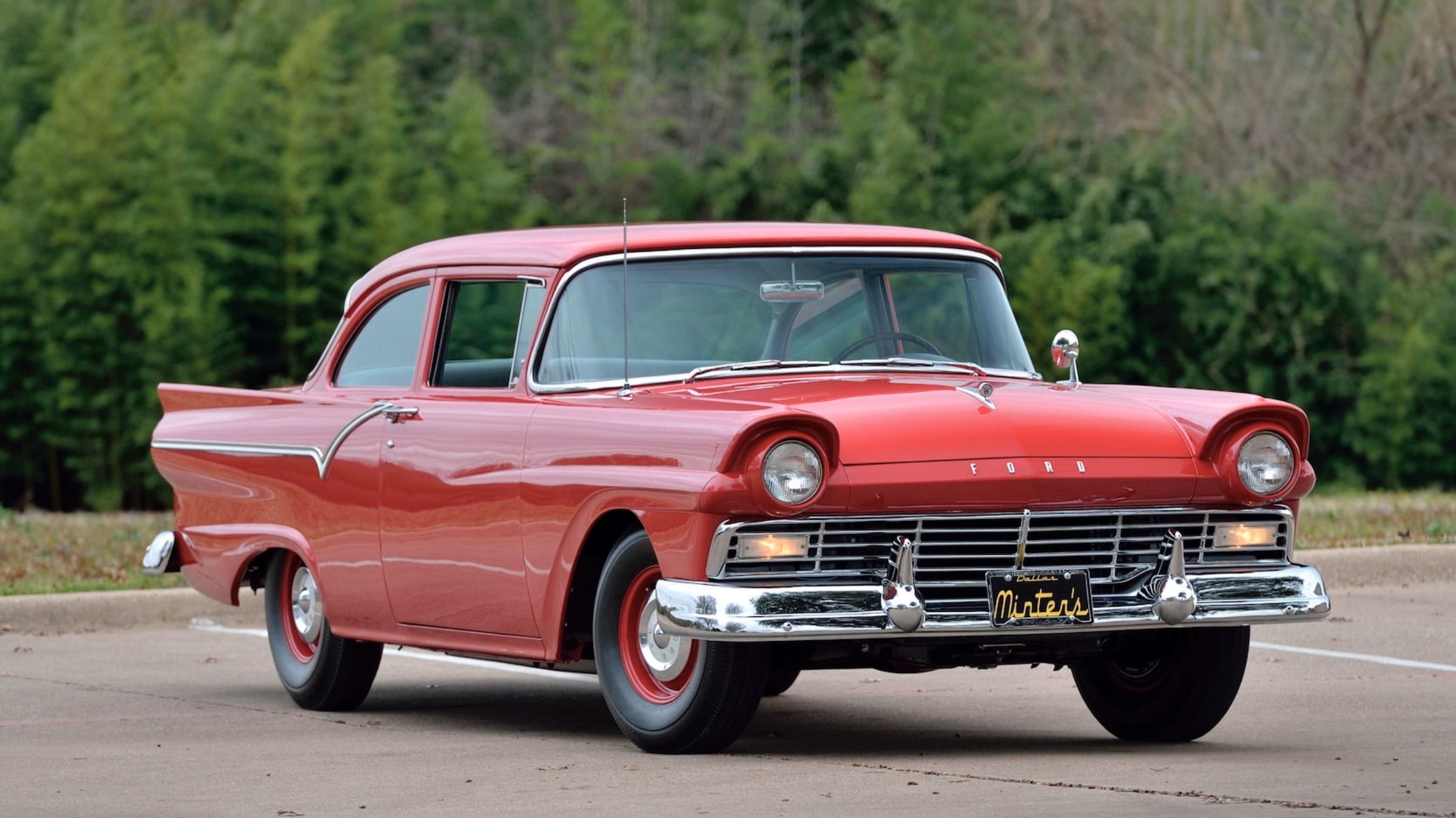 Okay, Ford guys, let’s make a deal. I don’t know much about Fords older than 1970, so I’m simply presenting what facts I can find for you on this 1957 Custom. Save your skewering for when I screw up and call a Galaxie a Fairlane, and vice versa. Why feature the car in the first place, then? Because even if you don’t believe the description for the car’s auction, there is plenty going on here to like from just about any standpoint. I don’t have to be a dyed-blue Ford freak to know that this plain-jane two-door has something special going on after reviewing the photos. My own eyes tell me that it’s a beautifully restored vehicle that looks better than new. Already, that earns points in my book. I’m digging the utility/police-spec vibe of the look, with the single color, basic trim and the dog-dish caps on steel wheels. You can almost picture it as a fire chief’s car, can’t you? 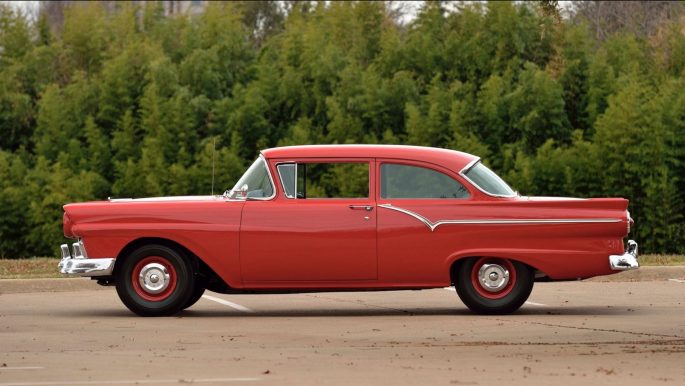 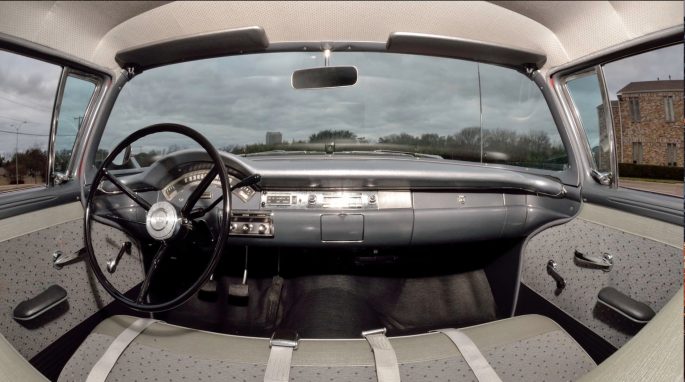 If that was the case, Chief had some connections at the local Ford dealership, that’s for sure. The car looks poverty-spec on the outside, but under that hood it’s all class. That would be the 312ci Y-block engine, and it’s sporting a McCulloch supercharger. That equates to 300 horsepower in a 1957 automobile, and in this Ford that’s serious oats for the day. In fact, you can consider this a factory special: in 1956, Robert McNamara, then head honcho of Ford, had seen the trouble that Chevrolet was about to bring to his doorstep and wanted to take the challenge head-on. In a notice put out at the end of 1956, he urged that 100 supercharged Ford products of various models needed to be built so that they could be available for the Daytona Beach events. Those 100 cars were built, and are often identified as either “Phase 1” or “D/F” cars (the “D/F” mark is for the engine code identifier in the VIN number). Now…between us, readers, do you think all of those cars actually made it to the sands? We don’t. We suspect that some good natured folks in the southeast with their finger on the pulse of what Detroit was thinking saw some opportunity and might have squirreled one or two away for some enterprising uses that didn’t exactly involve racing. 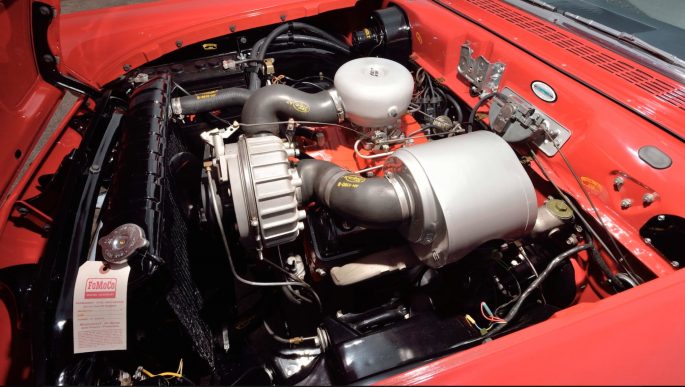 Good horsepower in a plain wrapper, with connections to all sorts of hot rodder lore. No wonder we like this thing so much. 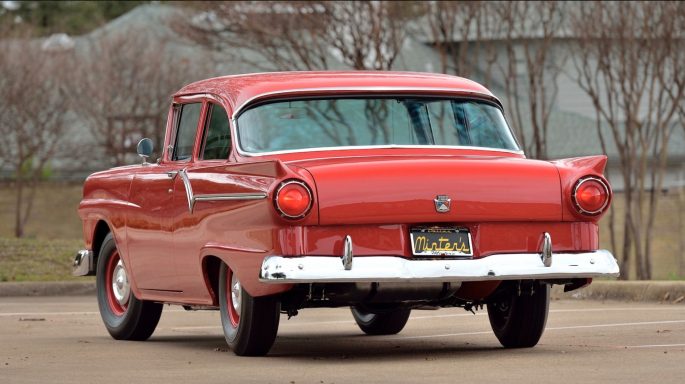