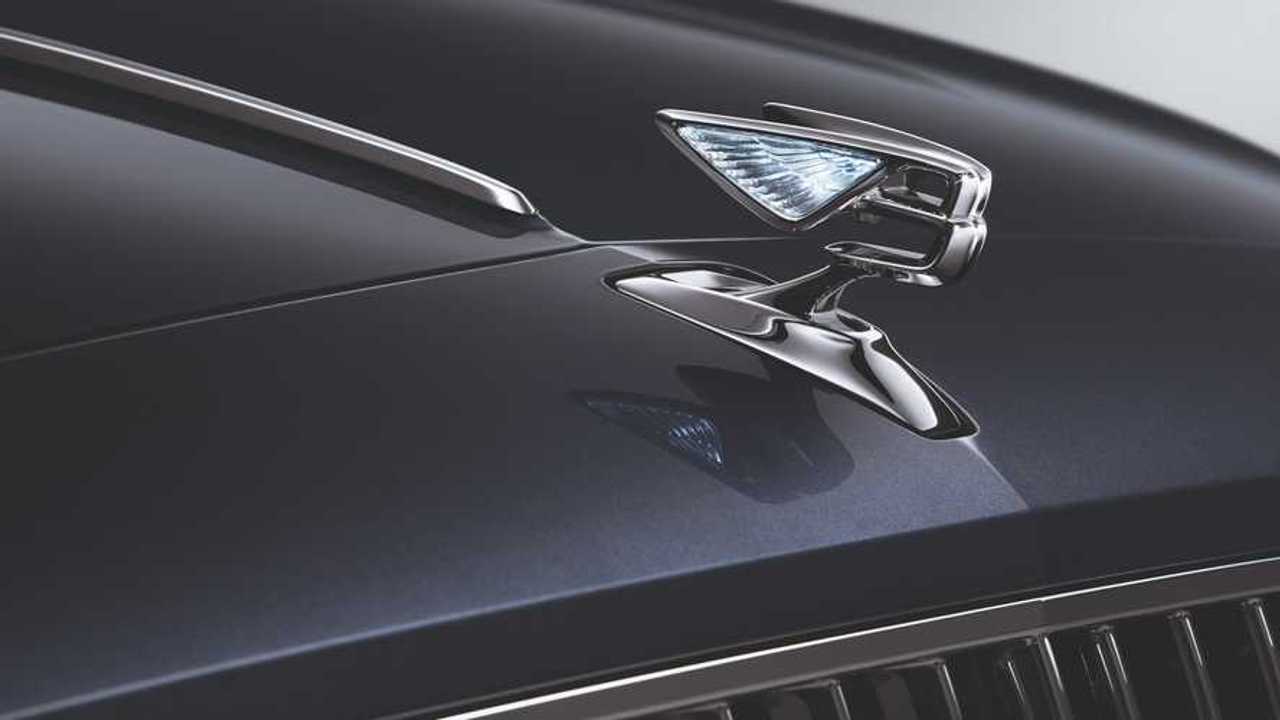 The flying B badge appears to be illuminated.

About two and a half years since it was spotted testing for the first time, the all-new Bentley Flying Spur is almost here. The folks from Crewe have kicked off the teaser campaign ahead of the sedan’s reveal scheduled to take place “later this year,” although we don’t have an exact date. It would make sense for the fullsize luxury sedan to premiere in September at the Frankfurt Motor Show or perhaps even sooner on the World Wide Web.

The first episode of the teaser campaign shows a shadowy silhouette of the stately sedan revealing the design of the character lines as well as the familiar shape of the imposing body. The long hood and massive rear overhang are typical of the Flying Spur, as is the gentle bulge on the trunk lid. There’s nothing revolutionary about the styling as far as we can tell, but that’s not much of a surprise since this isn’t the sort of car to go through a complete design overhaul. Having seen how the Continental GT has nicely evolved from the previous generation, it’s not that hard to imagine how the Flying Spur is going to look taking into account it’s more or less the sedan version.

Perhaps more interesting is the other teaser image depicting the Bentley logo. We can also see the flying B badge in action courtesy of a video with the electrically deployable winged B featuring what look to be illuminated wings. The photo/video combo also gives us the opportunity to see the upper section of the front grille and the central metallic fin on the hood.

Expect the new Flying Spur to debut with the mighty twin-turbo 6.0-liter W12 engine shared with the Audi A8, the Continental GT, and the Bentayga. It should provide effortless cruising thanks to at least 600 horsepower, although we won’t be too surprised if it will have the full 626 hp of the Bentayga Speed and Continental GT.

Recent spy shots have shown there will also be a PHEV version, presumably with the same electrified setup as the Porsche Panamera 4 E-Hybrid. Bentley is also set to offer a lesser V8 model for those who can’t quite afford the twelve-cylinder model and are not interested in the plug-in hybrid variant.

We’re hoping more teasers will be released in the weeks to come in order to ease the wait until the big debut.