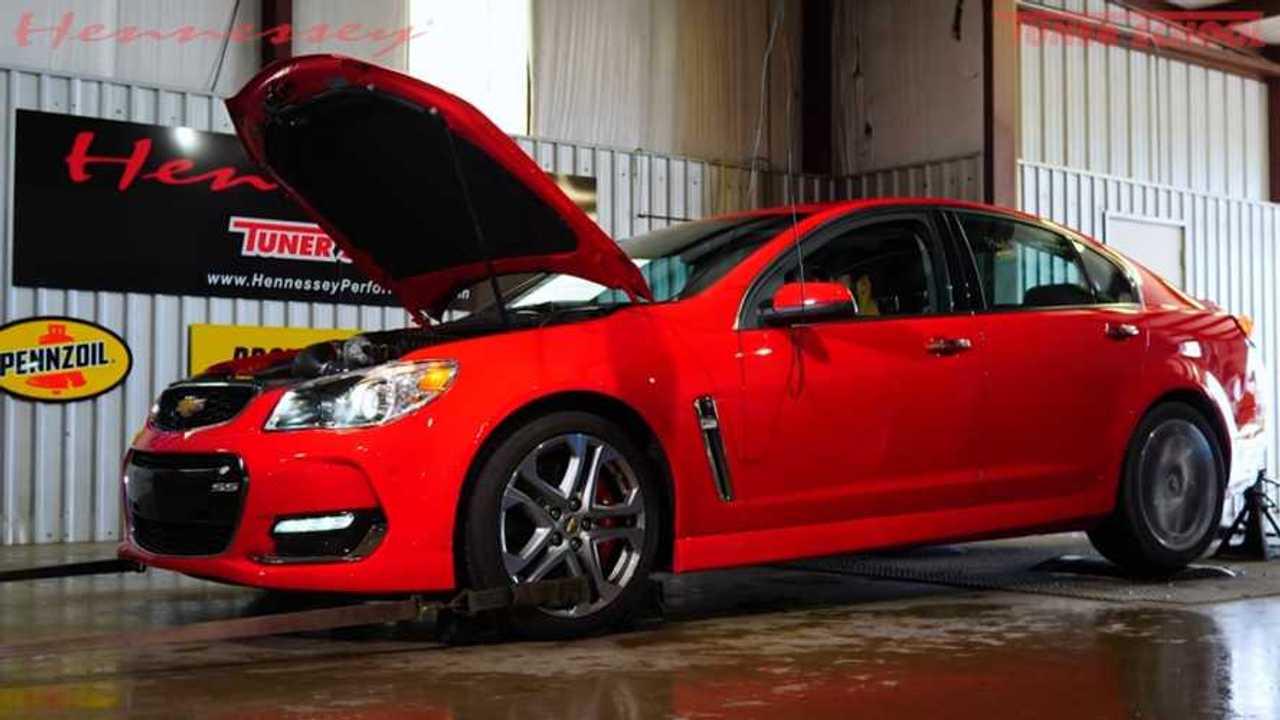 The Australian-born SS wasn’t here long, but this one is set to make a splash, years after it was discontinued.

We miss the Chevrolet SS. A V8-powered, rear-wheel-drive sedan, it picked up where dearly departed Pontiac left off with the G8 and gave Americans a taste of Australian muscle.

Hennessey Performance in Texas hasn’t forgotten. Their YouTube channel shared this video of a supercharged Chevrolet SS on the dyno at their facility. Before we reveal the results, let’s take a step back and have a look at the stock specifications for the SS.

Sold here in the US from the 2014 through 2017 model years, the Chevrolet SS is actually a rebadged VF chassis Holden Commodore, an Australian performance sedan. The SS was equipped with a 415 horsepower LS3 V8 hooked up to either a 6-speed automatic or a 6-speed manual, sending the power to the rear wheels.

Not many were sold here during the car’s short run. Apparently, the average car buyer isn’t as much of a performance junkie as most online comment sections would have you believe. When it was discontinued, it seemed that hardly anyone noticed. That’s a real shame, since it was indeed a great car.

Accounting for 15% drivetrain loss, a stock Chevrolet SS will likely produce just over 350 horsepower at the rear wheels. The car in the video was good for 373 rear wheel horsepower and 384 lb/ft of torque. Either the car’s drivetrain is more efficient, or the car had a few bolt-on upgrades performed before the supercharger install.

How much power did Hennessey’s supercharger add? According to the video, plenty. The dyno graph shows an incredible 584 horsepower and 515 lb/ft of torque. That’s a gain of over two hundred rear wheel horsepower and a very respectable bump in torque as well. Camaro, Mustang, and Challeneger owners, pay attention: the red four-door sedan with the funny whine and the lopey idle isn’t your average grocery getter.