It’s Tops! This Historic Sales Video For The Allis-Chalmers HD-19 Crawler Tractor Is A Fun Watch 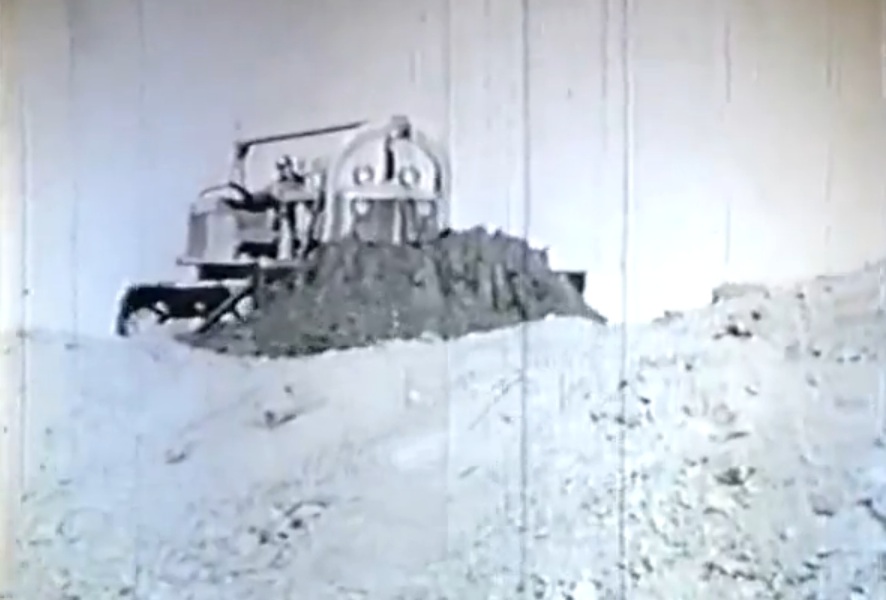 The Allis-Chalmer HD-19 was an important crawler tractor for the company and it was used everywhere from the farm to the battlefield over the years. They were shipped to England as part of the Lend-Lease program, they were used to build roads, dams, bridges and other structures across the country, and they brought some interesting technology into the heavy equipment world with their torque converter drives and easy to use and shift transmissions. This video was made by the Allis-Chalmers company to promote the tractors and their various uses from pushing dirt to pulling harvesting equipment in the logging industry and elsewhere. The voice over was done by a young Paul Harvey and he’s as full of vim, vigor, and punch as he was on the radio in his prime. Our favorite parts of the film are watching the big machines work at various types of job sites along with the narration. We love the fact that these tractors were designed for the “murder jobs” of the world and the other colorful language used to describe their power and utility. The Allis-Chalmers HD-19 was one tough customer.

I love these old machines because they are the things that literally shaped our world during the infrastructure boom of the 1950s and 1960s. Their open cabs and draconian controls are a far cry from the comfortable environment that operators function in today. We’re not putting down today’s talented operators because they have skills and tools that these guys could have only dreamed about. That being said, can you imagine sitting behind a screaming 6-71 Detroit Diesel all day baking in the sun while creeping along on one of these tractors? No thanks!

In-Car Video: Watch This Wild 10-Car Crash On The Nurburgring Caused By Oil On The Track Get The Book! Here’s How To Score A Free Mark Williams Enterprises Catalog (Or Download it!)